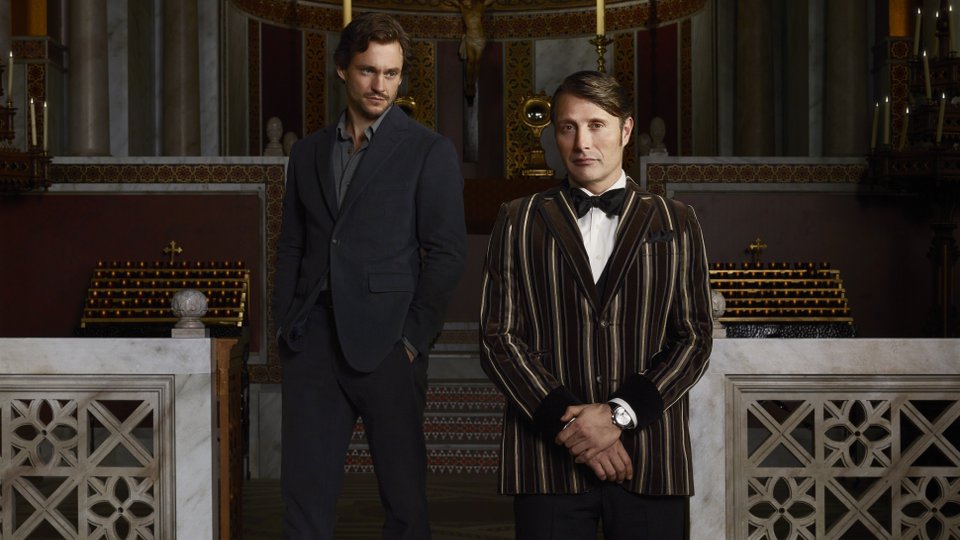 The tease for the upcoming third season of Hannibal continues with the release of another trailer.

Following the recent release of the publicity stills for the season, a new teaser entitled ‘Critically acclaimed’ has been released. The 30-second teaser highlights the widespread critical acclaim the series has attracted intercut with scenes from the new season.

If you’re trying to avoid spoilers we suggest you don’t watch the trailer as it’s got a few in there.

At the end of the second season of Hannibal, the lives of several characters were hanging in the balance as Hannibal (Mads Mikkelsen) left on a plane with Bedelia (Gillian Anderson). The third season sees Anderson’s Bedelia become a regular character and Tao Okamoto will play Chiyoh, handmaiden to Hannibal’s aunt, Lady Murasaki.

Despite its hardcore fanbase, and critical acclaim, Hannibal has struggled in the ratings since it debuted. Here’s hoping that season three sees a much deserved ratings increase for the show.

Hannibal returns to NBC on 4th June and is expected to air on Sky Living HD in the UK soon after.