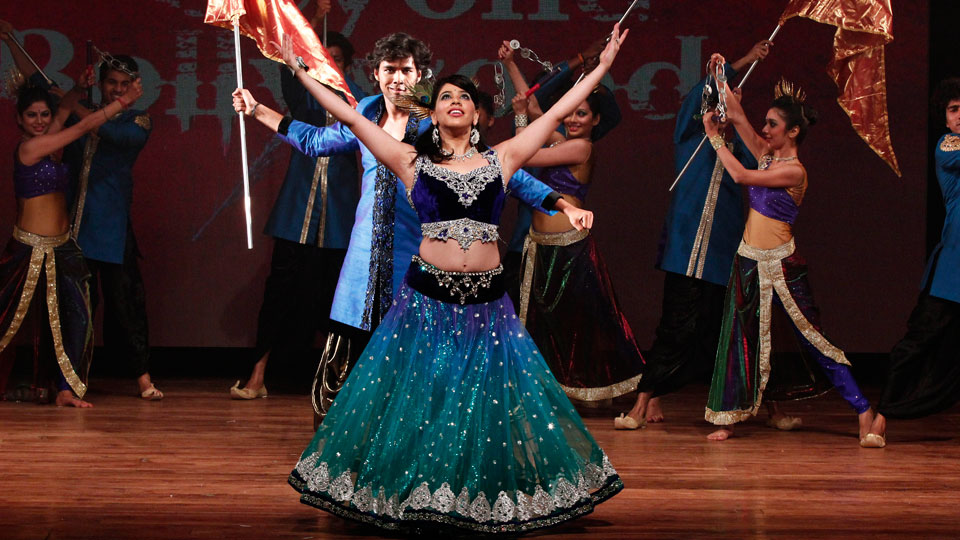 Beyond Bollywood brings traditional and contemporary Indian culture to the West End in a lively, fun, family-friendly show.

The story sees young dancer Shaily (Ana Ilmi) leave her Munich home when her beloved late mother’s theatre is threatened with closure. She travels to India and finds success in Bollywood, working with the charismatic Raghav (Mohit Mathur). But Shaily wants to bring a multiculturalism to the dances, and also longs to return to Germany and keep her mother’s legacy alive.

In keeping with the style of Bollywood movies, the narrative drive of Beyond Bollywood is one of the least essential aspects of the production. Western audiences used to tight and nuanced storytelling may find the linear and formulaic plot rather hokey and forgettable, but undoubtedly it’s the sumptuous music, dances and spectacular set-pieces that will live long in the mind.

Beyond Bollywood takes a while to spring to life, and the second half of the show is stronger than the first. Backstory about Shaily’s mother (Pooja Pant) introduces the audience to traditional Indian dancing, but it doesn’t serve the story, and it’s only once Shaily bursts onto the scene that the show takes off. The two leads are magnificent. The passion in Ana Ilmi’s dance adds another dimension to the show, whilst Mohit Mathur gives a performance of pure charm – he’s sensuous when he needs to be but also has fine comic timing. When Ilmi and Mathur are on stage, especially together, Beyond Bollywood hits thrilling heights as they are both so likeable and the chemistry is effective; but some of the supporting characters are less well-developed, often used as comic caricatures, leaving some scenes falling short of their dramatic potential.

Most will see Beyond Bollywood for the aesthetic impact, and this aspect of the production triumphs. The costumes are colourful and beautifully detailed. The extensive chorus of dancers are choreographed into spellbinding routines against a backdrop of projected computer graphics which create the illusion of multiple locations. Fans of Indian music will relish this show too. Salim-Sulaiman’s sumptuous score, which mixes the sounds of traditional and contemporary whilst incorporating nuances from different regions, is performed live on keyboard, table, pakhawaj and sitar; and is especially thrilling when the high-tempo percussion informs the dance.

Beyond Bollywood is a lot of fun, and has moments of good-natured high camp (a rendition of It’s Raining Men is a highlight). Audiences will leave the theatre recalling the dazzling choreography, and with the memorable hit Namaste India reverberating in their heads. As an introduction to the culture of Bollywood and the traditions of Indian dance and music, Beyond Bollywood ticks all the right boxes and provides a light, entertaining and vibrant show.