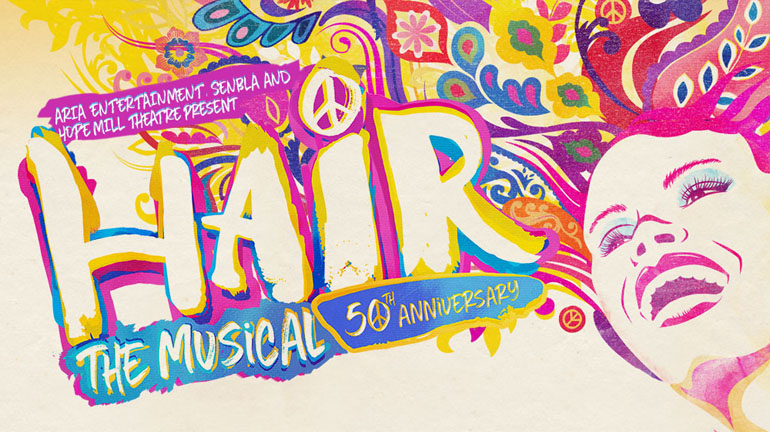 It’s fifty years since Hair The Musical captured the attitudes and minds of a youth generation. Now the show returns in celebration of its landmark anniversary with a stunning star cast.

It’s 1967 and Hair’s hippie tribe youngsters in the East Village of New York are yearning to change the world – questioning authority and the American flag. Wild, colourful, sexually liberated and free, they are united in protest and song, under the shadow of the Vietnam War…

Jake Quickenden (Berger) and the cast of Hair The Musical. Credit Johan Persson.

Hair, which is adored for its Grammy award-winning score featuring iconic hits such as Aquarius, Let the Sun Shine In, I Got Life and Good Morning Starshine is written by Gerome Ragni (book and lyrics), James Rado (book and lyrics) and Galt MacDermot (music).

Hair arrives at the Manchester Palace Theatre from 8th – 13th April 2019. For a full list of engagements and to book online, visit www.hair50.com