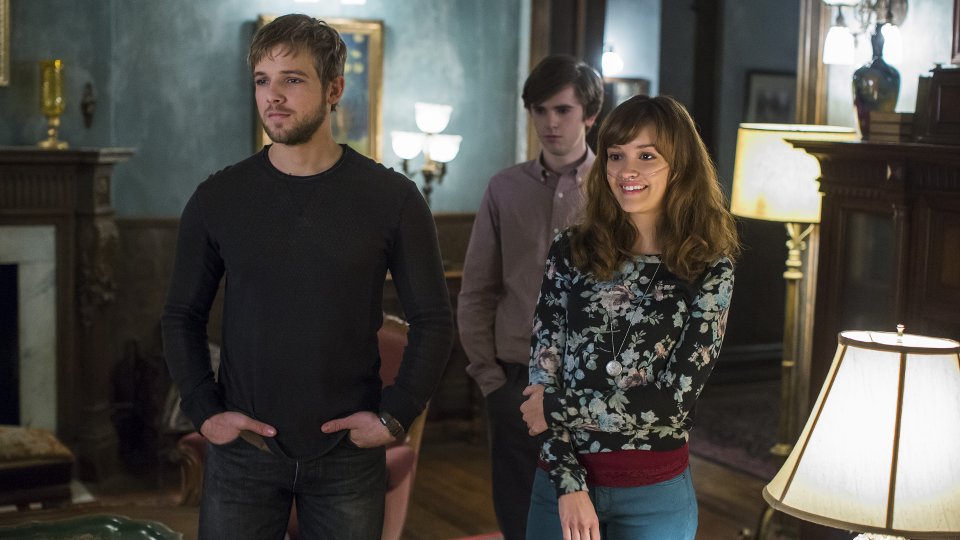 Both Norma (Vera Farmiga) and Norman (Freddie Highmore) went off the deep end in the latest episode of Bates Motel.

Norma fled from her house after discovering that Dylan (Max Thieriot) had been hiding Caleb (Kenny Johnson) in his house in the woods. After going impulse shopping, Norma picked a guy up in a bar but ran away when things took a turn for the sinister. Believing herself to be in the midst of a breakdown, Norma called James (Joshua Leonard) and turned up at his house. The two slept together after Norma told James about Norman’s issues.

The next day Norma went home and took Norman and Dylan to see Caleb. When Norma saw her brother the two hugged in tears as Caleb begged for forgiveness.

Elsewhere in the episode Norman started to act like Norma and wore her dress as he struggled to deal with her absence, Dylan and Emma (Olivia Cooke) got closer, and Sheriff Romero (Nestor Carbonell) shot Marcus (Adetomiwa Edun) after the would-be sheriff tried to have him killed.

The next episode of the season is The Last Supper. Dylan uncovers the truth about Emma’s condition, and Norman agrees to seek help.