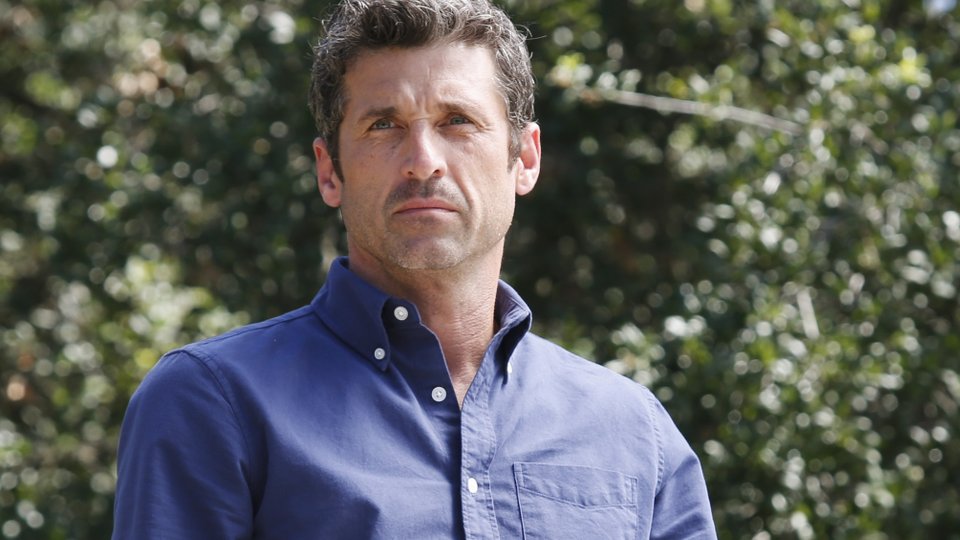 Grey’s Anatomy fans have been up in arms since the shock death of original character Derek Shepherd but his departure shouldn’t really have come as much of a shock.

This article contains major spoilers about season 11 of Grey’s Anatomy. If you don’t want to read any spoilers then we suggest you stop reading now.

The character died two weeks ago in the US and the episode finally arrived last night in the UK. Since it aired in the US forums have been rife with long-time fans claiming they will never watch the show again and declaring the end for the long-running medical drama. Whilst the decision to kill Derek off has been a divisive one, we think it’s one that needed to happen to move the show forward.

It’s no secret that Patrick Dempsey, who played Derek, has wanted off the show so that he can focus on his racing career. Fans have been quick to point out that Dempsey signed a two-season deal back in 2014 but that doesn’t mean that either the showrunners or the actor can’t negotiate out of that contract should they wish to. A lot of blame has been placed on Grey’s Anatomy creator Shonda Rhimes for Dempsey’s departure with some ridiculous accusations that she’s killed off too many characters; you’d be hard pressed to find a) a show that’s lasted as long as Grey’s and b) a show with a smaller death count in the same timespan.

Regardless of whose decision it was for Patrick to die, the fact remains that his death was foreshadowed from the season 10 finale. Cristina Yang’s (Sandra Oh) departure saw her tell Meredith (Ellen Pompeo) that Derek wasn’t the sun and she advised her friend not to let her husband dictate her future. Meredith took that advice to heart and a lot of season 11 has seen Meredith and Derek heading in two different directions. Derek spent a handful of episodes of off-screen as he went to Washington D.C. to work for the President whilst Meredith reminded herself of who she was before Derek.

Meredith and Derek have always had a tumultuous relationship and season 11 saw them face their biggest test yet. With Derek gone, Meredith was able to flourish and no longer suffered from being in the shadow of her incredibly gifted husband. She enjoyed a long streak of saving patients, something that came to an end with Derek’s return. During their time apart Meredith admitted that she could live without Derek if she had to but by choice she would rather be with him. For Derek it took cheating on Meredith (yes we do consider kissing someone else cheating) to realise how much he loved his wife and that he couldn’t live without her.

Derek’s place on Grey’s Anatomy was removed with the arrival of his sister Amelia (Caterina Scorsone). She took over his job and proved, much like Meredith, that life can go on without Derek. Grey Sloan Memorial continued to operate at the same levels that it did with Derek there and Amelia is a more than capable replacement for her brother. You just need to look at the incredible feat she pulled off with Dr. Herman (Geena Davis) to see that she’s every bit as remarkable and talented as her brother.

Another way Derek’s death was foretold was a tense exchange between Amelia and Meredith. After Meredith interfered in Amelia’s burgeoning relationship with Owen (Kevin McKidd), Amelia answered back that Meredith doesn’t know what it’s like to grieve for the love of her life. Sure Meredith has lost her mother and her half-sister but the grief of losing the love of your life is a completely different beast. It’s yet another moment in the season that indicated what was to come.

Perhaps the most telling sign that Derek was going to die was when he eventually returned from Washington D.C. and told Meredith he was giving up his job to be with her and his family. Talk of a new baby and a short-lived period of near marital bliss set off the warning signs – it was all a bit too perfect but we guess that was the set-up for the tragedy to come making it hit all the harder.

Don’t get us wrong, we’re going to miss Derek aka McDreamy on our screens but we’ve been lucky enough to have him almost weekly for the past 11 seasons. The aftermath of Derek’s death and impact it will have on Meredith and the staff at Grey Sloan is something we can’t wait to see unfold. Shonda Rhimes promised that season 11 would be the season of Meredith and she’s not wrong. For Meredith to reach her full potential, Derek had to die and the season has spent most of its time setting up this scenario whether viewers realised it or not.

Grey’s Anatomy has proven time and time again that it can reinvent itself and move on following the death and/or departure of a major character. Fans cried out that the show couldn’t survive without Cristina but the ratings suggest it’s doing just fine. This initial backlash will die down and we’re sure that Grey’s Anatomy will continue to be as big a success as it always has been.

What do you think of the latest twist? Will you miss Derek? Leave your comments in the usual place but please remember to keep it civil and constructive.