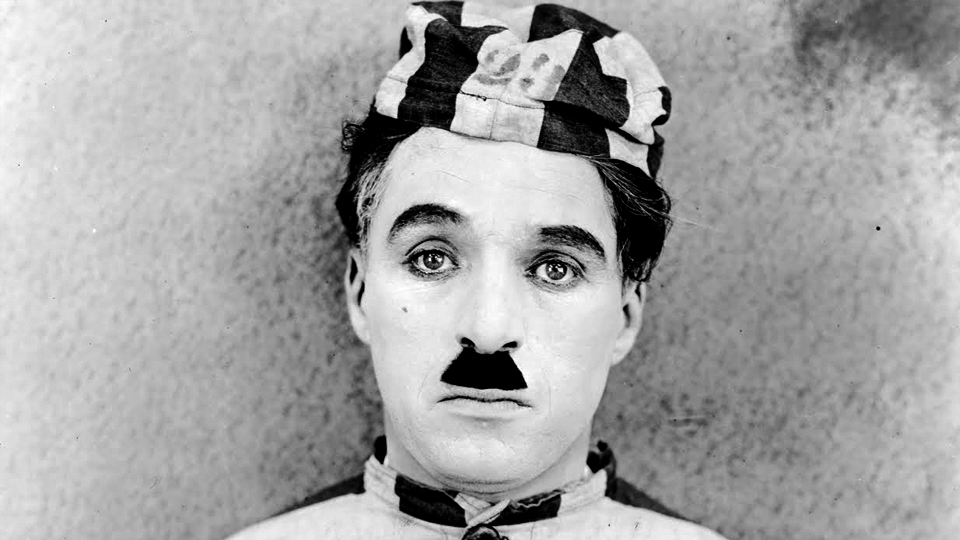 Charlie Chaplin is arguably one of the most important figures in the history of cinema. Famous for the creation of the moustachioed Little Tramp, he produced over eighty films and was the highest paid performer of his time. Chaplin became, by his own conviction, more famous than Jesus Christ.

Between 1916 and 1917, Chaplin signed a record-breaking $670,000 deal with Mutual films to produce twelve two-reels films running at approximately 25 minutes a piece. Chaplin was by now in his mid-twenties and at the height of his creative powers, having previously worked extensively with the Keystone and Essanay film companies. He later recalled that his year with Mutual was the happiest professional period of his career.

BFI bring to Blu-ray and DVD the complete collection of twelve films in Charlie Chaplin – The Mutual Comedies. Digitally restored with negatives sourced from around the world, the films are presented in high definition with the option of orchestral soundtracks, improvisational piano accompaniments and audio commentaries by Chaplin historians.

The films which Chaplin wrote, directed and starred in under his Mutual contract encompass a period where the auteur had honed his craft, producing a consistent run of popular film comedies. Perhaps the most important film from this time is The Immigrant, a story which traces the Little Tramp’s arrival in New York. Much as Chaplin himself arrived years earlier, it is a film which sympathises with the downtrodden, highlighting the cruel realities of an immigrant life. It is also a typical love story, providing a genuine pathos which arguably sets Chaplin apart from contemporaries such as Fatty Arbuckle and Harold Lloyd. The love interest is Edna Purviance, a long-time collaborator with Chaplin and his real-life romantic focus of the time. Their onscreen chemistry is palpable and evidenced in mime with an innocent charm, particularly in the resolution where they are married in torrential rain. The Immigrant is considered to be Chaplin’s first masterpiece and was added to the National Film Registry in 1998. Plotted with pathos, visualised with ground-breaking direction and beautiful cinematography, it is definitive silent cinema unbound by sound.

In many ways the Mutual films define Chaplin’s technique and his performance of the Little Tramp is wholly solidified. An aspiring gentleman with childlike innocence yet an anarchic, almost feral-like aggression, the Tramp has the ability to become anything in any scenario. In The Rink, he is a witless waiter, in Behind The Screen, a tireless production assistant. The Fireman, The Vagabond and The Floorwalker speak for themselves. The binding factor between the films is that the Tramp is a well-meaning if ill-educated clown, who draws humour through his disruption of the establishment. Whilst films of the time were often interested in broad slapstick and chase scenes as typified by the Keystone Cops, Chaplin’s work with Mutual is more focused on character-based gags and emotional depth. The humour is expressed within the melodrama, such as in The Vagabond where the Tramp lays a makeshift table for a girl, whom meanwhile is being courted by a tall gent. The Tramp goes to great efforts to produce a humble meal, transposing a bucket into a table and cracking eggs with a hammer. There is tender visual comedy here, but it is interspersed with romance foreshadowing conflict, which in turn provides the avenue for more humour.

Charles Chaplin and Edna Purviance in The Immigrant, 1917. Photo: BFI.

Often, the films exhibit a shockingly brutal element of physical comedy. Aside from the usual trips, spills and kicks up the backside there are instances of startling violence. In The Vagabond a brute literally whips a girl unconscious, followed by a later attempt to drown the Little Tramp in a barrel. However, what should seem cruel and barbaric is countered by Chaplin’s acrobatic stunts, presenting a seemingly indestructible character that has all the flexibility and bounce of a rag doll. The Little Tramp is also equally violent, retaliating with a peerless vigour which addresses the balance and ultimately results in a happy, if not bruised, resolution.

The ultimate question is, are these 100-year-old films still funny? The answer is naturally a subjective one; the Mutual films are perhaps the funniest of Chaplin’s work before his films expanded into full length, emotionally-stirring features such as The Kid and City Lights. The Mutual films express a freedom of short-form storytelling with a distilled, rapid-fire physical humour and pantomime which entertains as much as much as they tickle. The benefit of a high definition transfer with renewed clarity reveals a clearer view of the complexities of Chaplin’s business; his eyes now take on a vibrancy, a classic comic reaction, which is all the more arresting and hilarious. For all the pratfalling and acrobatics, Chaplin’s comedy resides in his acute subtlety, a performance which now shines in this restoration.

The new Blu-ray and DVD presentation offers several musical accompaniments to the silent picture. For all films Carl Davis provides an orchestral score, adopting many of the characterising lilting, sweeping strings of Chaplin’s later films which were composed by the man himself. Thematic and evocative, Davis’ scores accompany the screen action perfectly, acting as both underscore and sound effects. Often the music is diegetic, placing the emission of sound from a source on screen, such as where instruments are played or percussive props are used. For a less symphonic experience, there is also the option to enjoy the films with piano improvisation by Donald Sosin and Maud Nelissen, to name a few. Finally, alternative orchestral scores are offered, where available, from composers including Neil Brand, Antonio Coppola and Stephen Horne.

The visual presentation of these century-old films is astonishing. Image restoration was undertaken by L’Immagine Ritrovata and Lobster Films, sourcing the finest 35mm negatives from Fondazione Cineteca di Bologna and Technicolor Burbank. Aside from removing as many scratches and blemishes as possible, the image frame has been stabilised with a perceptible reduction in flashes and flickering. Tonality is generally excellent, offering rich blacks with fine highlights and broad range of greys in-between. The intertitles have also been accurately remade with authentic designs of the period. Inevitably there are occasional variances in picture quality, reflected in the multiple sources employed to bring the films to screen in their entirety. Interestingly, One A.M. isn’t colour tinted (as per the previous BFI DVD release), though this doesn’t in any way detract from the film’s vastly improved picture. The Immigrant, one of Chaplin’s most important films with multiple exterior shots, is also particularly gleaming.

A generous extras package includes An Interview With Carl Davis (9 mins) revealing the technicalities of scoring for silent film and the story behind the composer’s lifetime association with the works of Chaplin. Charlie on the Ocean to England (5 mins) is a fascinating period documentary following Chaplin’s travels on the White Star Line ship Olympic, sister to the Titanic. His reception in London is incredible, evidencing the man’s global popularity. Chaplin Signs the Mutual Contract (25 seconds) is a brief vignette of Charlie accepting a record-breaking $670,000 paycheque. Finally, a collection of commentary tracks are provided for each film from Chaplin biographers, scholars and musical collaborators, providing trivia and analysis.

As the Mutual films of Chaplin reach their centenary, it is fitting that the material has been provided with a restoration that will see it enjoyed long into the next century. Presented with care and quality, Charlie Chaplin – The Mutual Comedies is arguably the last word on a superlative period in the career of a genius.