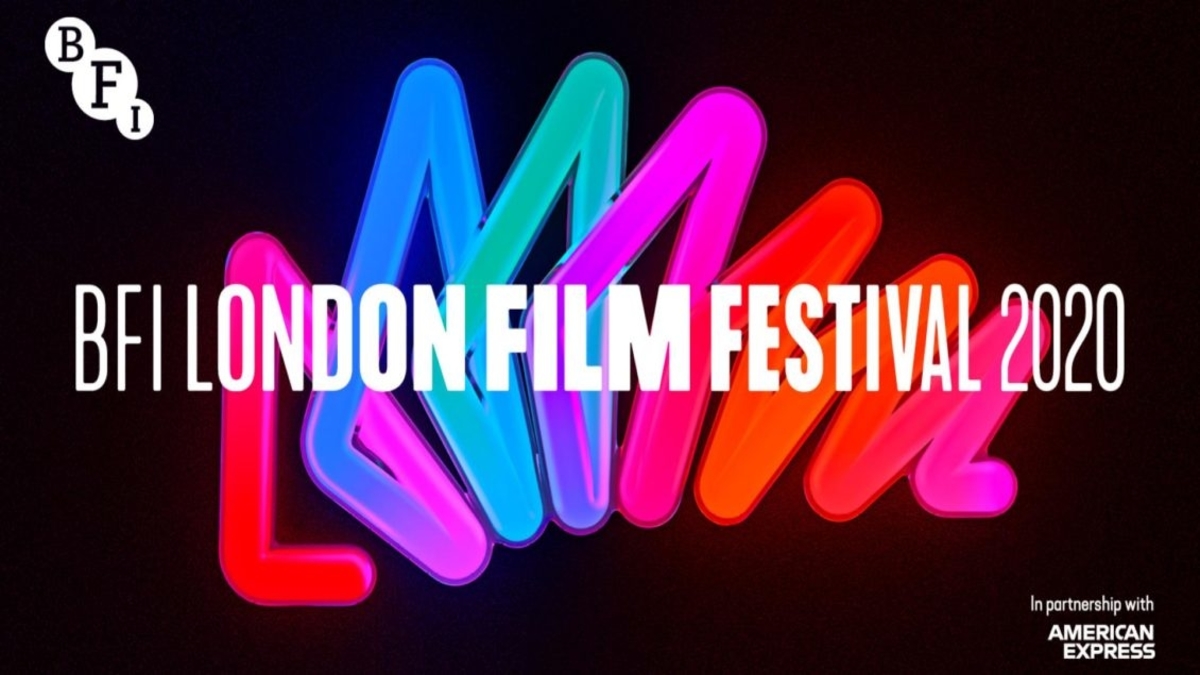 The 64th BFI London Film Festival (LFF) in partnership with American Express launches today in very unprecedented circumstances. A full programme will be delivered over the next 12 days reimagined for 2020 offering both virtual and physical screenings. Between 7th– 18th October, the Festival will be its most accessible ever, presenting over 50 Virtual Premieres and a selection of highly-anticipated new feature film previews at BFI Southbank as well as in cinemas across the UK, offering audiences a unique chance to engage with the Festival in different ways.

With work from more than 40 countries, the programme includes fiction, documentary, animation, artists’ moving image, short film, restored classics from the world’s archives as well as previews of several episodic/series-based works made for the small screen.

Every screening will be presented with an intro or Q&A from filmmakers and programmers.  The Festival also includes many ways audiences can engage with the Festival for free: LFF Opening screenings of Mangrove in cinemas across the UK;  selected feature films on BFI Player; an international programme of short films featuring established and breakthrough film talents; Screen Talks with major filmmakers and actors, as well as all online salons and Q&As across the Festival which will give audiences an opportunity to delve more deeply into themes and talking points emerging from the programme. The recently announced LFF Expanded strand of XR and Immersive Art will also be free to access both virtually and at BFI Southbank for the duration of the Festival.

This year the Festival Awards are in the hands of the audience who will take the place of the Festival’s Official Jury. Viewers engaging with the Festival online will be invited to vote on Virtual LFF Audience Awards in four categories: Best Fiction Feature, Best Documentary Feature, Best Short Film, and Best XR. The winners will be announced in a live online ceremony on the final weekend of the Festival. They will also announce The IWC Schaffhausen Filmmaker Bursary Award in association with the BFI winner at the Awards Ceremony. The Bursary benefits an outstanding first or second time British writer, director, or writer/director. The recipient of the award will receive £50,000, which is the most significant of its kind in the UK film industry and awarded annually.

There is a full slate of amazing films to experience at the 64th BFI London Film Festival so here’s 5 unmissable movies coming up that you won’t want to miss.

A timely, urgent and vitally important work from Steve McQueen opens the London Film Festival this year. The Mangrove restaurant in Notting Hill doubled as a community centre for Black Londoners to exchange ideas and to commune. As police brutality and harassment intensified, the Mangrove also became a site of resistance leading to the wrongful arrest for incitement to riot of nine local activists including Altheia Jones-LeCointe (Letitia Wright) and Darcus Howe (Malachi Kirby). Oscar-winner Steve McQueen’s depiction of the infamous 55-day trial is a moving instalment from his Small Axe anthology series, a collection of films that evoke memories, political events and a critical perspective on life for London’s West Indian community between the 1960s and 1980s.

Stanley Tucci and Colin Firth star in Harry Macqueen’s engrossing film. After twenty years together, Sam and Tusker’s blissful life has been shattered following Tusker’s diagnosis with early onset dementia. Intent on spending as much precious time together as they can, the pair travel across England in their old campervan, visiting loved ones and returning to special places from their past. But as Sam and Tusker’s trip progresses and they are forced to confront the grave reality of their situation, rifts begin to emerge as they look at what the future may hold.

Riz Ahmed hands in a breathtakingly powerful performance in Bassam Tariq’s visceral directorial debut. Although his cutting lyrics speak provocatively about identity politics, it is not until Zed (Ahmed) returns home after two years on tour that he is called by his real name: Zaheer. But it is the vulnerability of illness and his decreasing mobility that brings both focus and fragmentation – memories and hallucinations merge to the beat of Qawwali music and are haunted by fervent apparitions of a masked figure – conjuring the unspoken spectre of Partition, which looms large in his father’s unspoken words. Further bruising Zed’s ego is his nemesis – RPG, a young rapper whose face tattoos and crass lyrics bewilder him.

A highly anticipated movie written and directed by Francis Lee and starring Kate Winslet and Saoirse Ronan closes this year’s festival. A fictionalised account of the life of the 19th century palaeontologist Mary Anning, Winslet plays the pioneering scientist with Ronan as the gentlewoman who falls in love with her while staying in Mary’s beloved Lyme Regis. Deftly taking in the erasure of women from the history of science, the film is also woven through with an unusually subtle take on class difference in small town 19th-century Britain and its subversion within the exclusive company of women. Yet at its heart, Ammonite is a love story of great intimacy and candour.

A slow-burn horror with three remarkable leading performances from Emily Mortimer, Robyn Nevyn, Bella Heathcote. After receiving word that her elderly mother has gone missing, Kay (Emily Mortimer) and her daughter Sam (Bella Heathcote) return to their family home in the hope of uncovering clues to Edna’s disappearance. But as Kay searches the dilapidated house she left many years before, her mother mysteriously reappears, seemingly unable – or perhaps unwilling – to offer an explanation as to where she has been. As tensions grow between Kay and her daughter, Edna’s behaviour becomes increasingly erratic and volatile, causing fears that something more insidious might be at play.