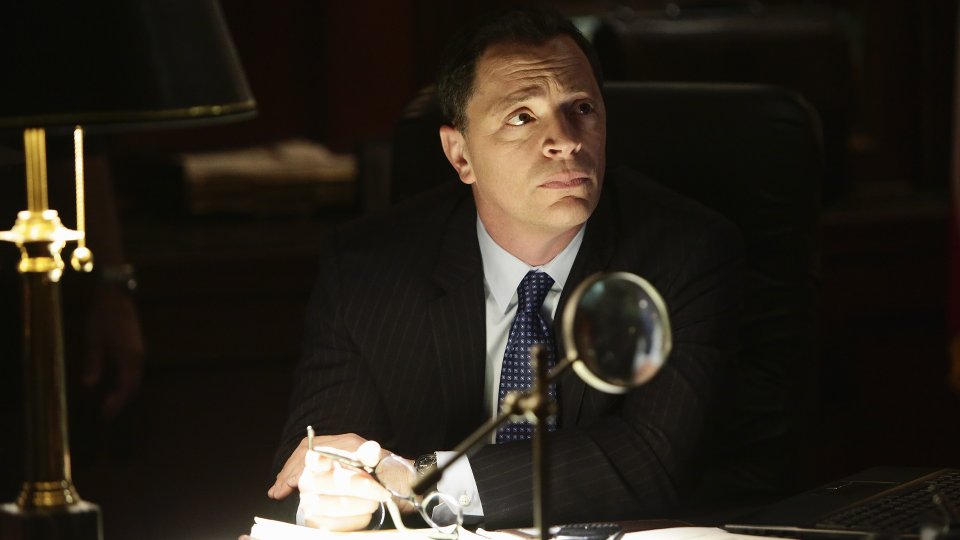 Olivia Pope (Kerry Washington) was drafted in to do some damage control for Cyrus (Jeff Perry) in the latest episode of Scandal.

After already clearing up his mess after the press found out he’d been with escort Michael (Matthew Del Negro), Olivia had to turn a bad PR story into a good one when Michael was photographed at a strip club all over another man. Olivia suggested they pushed the wedding forward and hold it at the White House, which Mellie (Bellamy Young) agreed to.

We learned about Cyrus’ first wife thanks to flashbacks and got an insight into his relationship with late husband James (Dan Bucatinsky).

Elsewhere in the episode Olivia struggled with PTSD following her kidnap ordeal and the fixer had to blackmail Sally Langston (Kate Burton) to stop her from telling the world about the affair that Michael was having.

The next episode of the season is Honor Thy Father. While David (Joshua Malina) faces resistance to his plan to bring down B613, Olivia helps a congressman whose father is on death row.