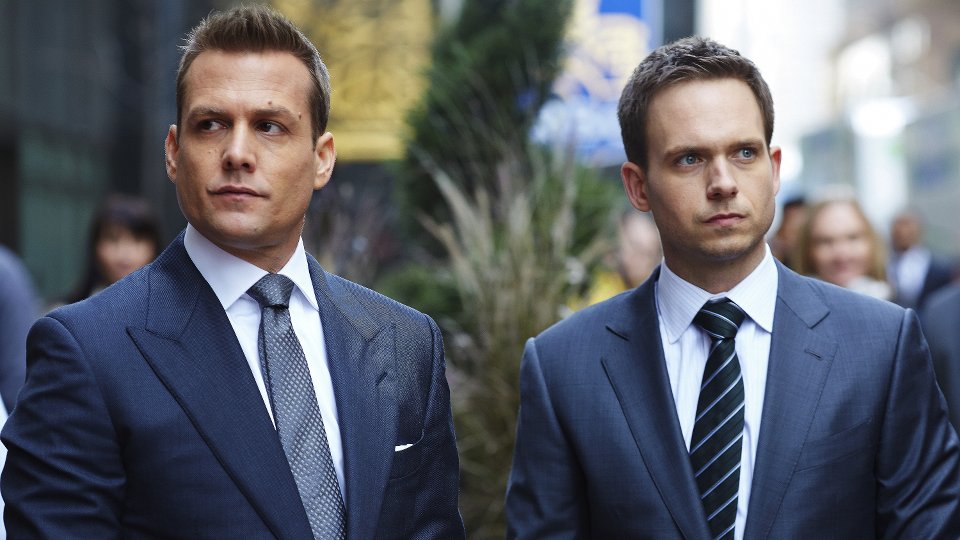 The fourth season of Suits came to an end in the UK last, just weeks after it finished in the US.

If you haven’t seen the fourth season finale of Suits and don’t want any spoilers we suggest you stop reading now. If you want to know our thoughts on the upcoming fifth season then keep reading.

The fourth season of Suits provided plenty of great storylines but we’d be lying if we didn’t say that we thought the end of the season was a little bit disappointing. Once Louis (Rick Hoffman) found out the truth about Mike (Patrick J. Adams) we expected that to be the over-arching story for the final few episodes but it was wrapped up and resolved too quickly and too neatly.

Instead we saw things come to a head with Harvey (Gabriel Macht) and Donna (Sarah Rafferty). The two were so close to finally talking about their feelings for one another but Harvey’s reluctance led Donna to quit working for him and take up a role with Louis instead.

Ahead of the show’s fifth season premiere (in the US in June) we’ve put together our list of 10 things we want when the show returns.

1. No more SEC investigations. This is the storyline that just refused to die in season 4 but we think (hope) it’s finally done and dusted. It was interesting for a while but it got into a little repetitive loop and it was hard to figure out who was on whose side by the end of it.

2. Reconciliation for Harvey and Donna. We’re pretty sure this plot is going to unravel in a similar way to the Harvey and Mike split in the first half of season 4. We’re fully expecting Donna to return to being Harvey’s secretary at some point in season 5 but she needs to make him work for it. Sure he got her out of a very dicey situation that could have sent her to jail, but Donna has proven her loyalty time and time again. It’s time for real honesty between these two – they are the end game after all.

3. Louis to experience some real repercussions. We said it earlier in this article but Louis got away with terrible behaviour pretty easily. Now his name’s up on the wall he needs to truly earn it. By the end of the season he’d (perhaps unrealistically) built a few bridges but the way he blackmailed Jessica to get what he wants has never really been addressed.

4. A break from firm name changes. Pearson Specter Litt has undergone so many mergers, transformations, name changes than we’ve gone through socks in our lifetime! Like Mad Men, Suits is guilty of using this storyline one too many times so we’d like a break from that drama. Now that Louis is a named partner, we want to explore that dynamic and see what the firm could look like with his influence in play.

5. Happier times for Mike and Rachel. It’s fair to say they had a very rocky season with Rachel caught between Mike and Harvey, and then Logan Sanders (Brendan Hines) coming between them. That’s all in the past now and the two are engaged. We may not get a wedding in season 5 but we hope that the characters work towards strengthening their relationship rather than being driven apart again.

6. Harvey’s family. We know his father is dead but we’ve never met his mother on-screen. His brother Marcus (Billy Miller) popped up in season 4 and it’s clear the two have a complicated relationship. It would be good to understand Harvey’s character more and learn more about his family.

7. Rachel to make her mark. With Mike out of the way for the first half of season 4, Rachel started earning the respect of her peers and most importantly Harvey. She struggled to balance her law studies and her job, but she’s proven that she’s more capable than the firm often lets her be. There’s a bit of conflict now Mike is back in the firm as Harvey’s attention has switched off Rachel but we think season 5 could be the making of Rachel as a serious player in the firm.

8. Jeff Malone to come back. He handed in his resignation and broke things off with Jessica after learning that she had repeatedly lied to him. We actually really liked Jeff’s character and he brought out a side to Jessica we haven’t seen before. The two characters are great together and we hope it’s not the last we see of him.

9. Fresh new cases. This one is likely a given but we loved it in season 3 when the Hessington Oil case spanned multiple episodes. It gave the show a stronger narrative and allowed us, the viewers, to explore the case. We hope there’s a big case on the horizon that forces Harvey to work with other characters in new and interesting ways.

10. Toning down the cursing. We’re not prudes by any means but the overuse of the word ‘shit’ is a little distracting. Suits is a clever, smart and funny show and it doesn’t need to wheel out ‘shit’ every few minutes for us to pay attention. The only plus of keeping it in is that there’s a great drinking game to be had every time someone utters the curse word.

Suits will return in the US for a fifth season in June and is expected to air in the UK on Dave in 2016.