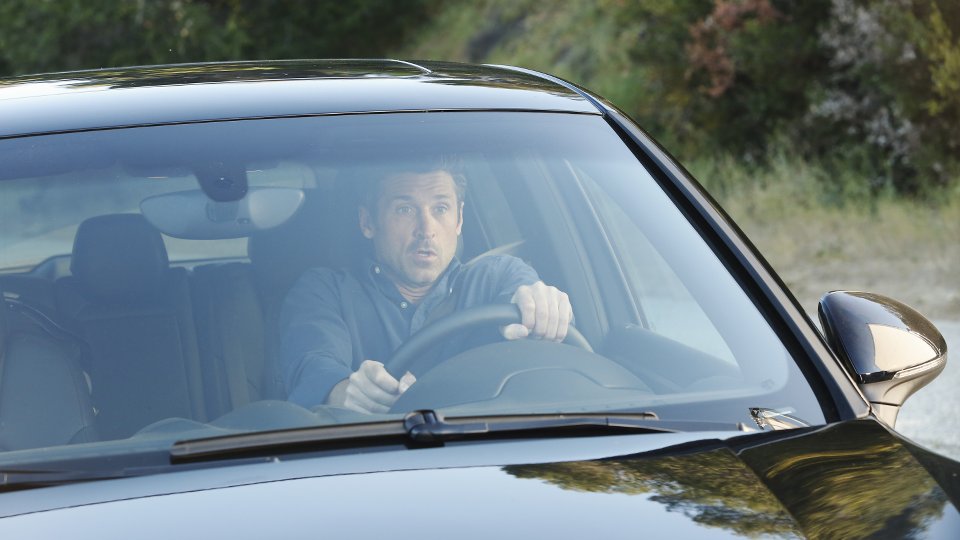 Where is Derek (Patrick Dempsey)? That’s the question that was on everyone’s lips during the latest episode of Grey’s Anatomy but no one had an answer.

Meredith (Ellen Pompeo) tried to make it through the day without worrying about Derek’s whereabouts and agreed with Bailey (Chandra Wilson) that she would call him again at 5pm. Before she got chance the police arrived at her door but we have no idea yet what news they were delivering.

Elsewhere in the episode a plane crash kept the hospital busy and brought back bad memories for Meredith and Arizona (Jessica Capshaw). Alex (Justin Chambers) stuck close to Arizona and told her it was him, not Callie (Sara Ramirez) that cut off her leg.

The next episode of the season if How To Save a Life. Derek witnesses a car crash on his way to the airport and jumps in to save the victims.