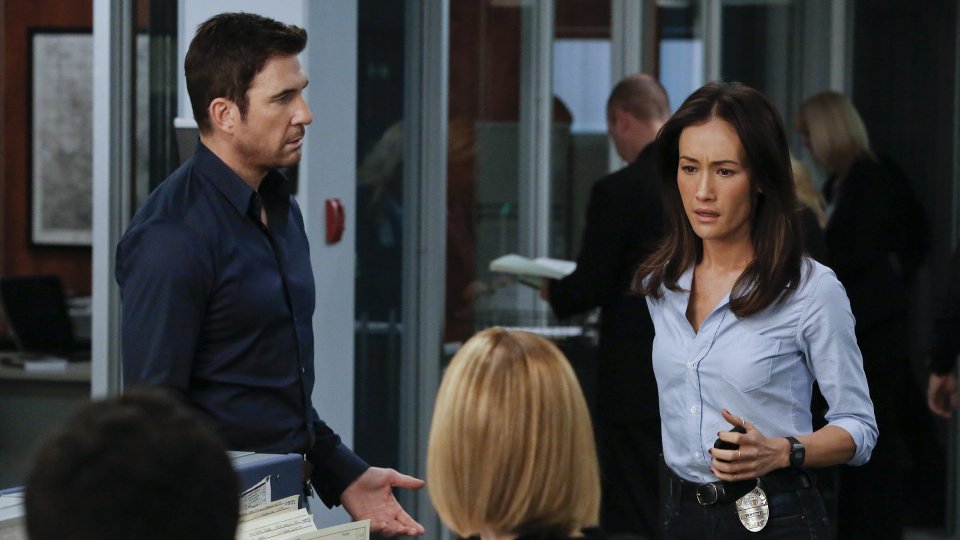 Group stalking was at the centre of the TAU’s latest case on Stalker.

Isabelle (Sara Paxton) was targeted by a man outside her apartment followed by a group of people who surrounded her car whilst she was trying to get home. Turning to Beth (Maggie Q) and Jack (Dylan McDermott), Isabelle’s investigation led to a cult lead by charismatic Abraham (Michael Landes).

It turned out that Isabelle’s neighbour Lucy (Samaire Armstrong) was a member of the cult and had been plotting to deliver Isabelle to Abraham.

Elsewhere in the episode Perry (Erik Stocklin) tired to set ground rules with Ray (Eion Bailey) in their bid to get to Beth. Ray attacked Amanda (Elisabeth Rohm) in the street and left her for dead.

The next episode of the season is Fun And Games. Ray begins to close in on Beth as he embarks on a deadly rampage that targets her inner circle.

Advertisement. Scroll to continue reading.
In this article:Stalker