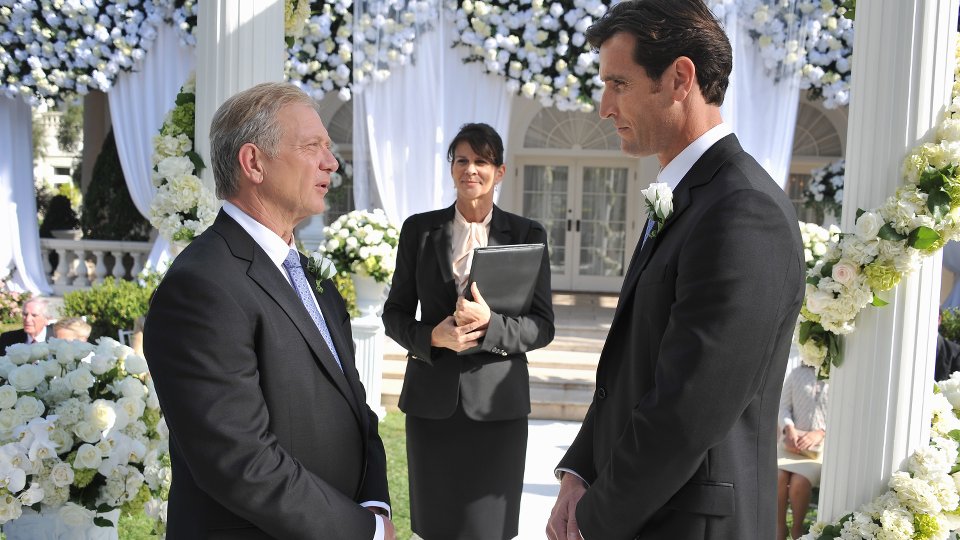 Lena Dunham guest-starred in the latest episode of Scandal and caused a lot of trouble for Olivia Pope (Kerry Washington).

Starring as Susanne Thomas, Dunham brought mischief as her character wrote a tell-all book about her sexploitations with some of the top politicians in D.C. After trying to put pressure on Susanne not to publish the book, Olivia did some digging so she could blackmail her. That wasn’t good enough for Huck (Guillermo Diaz) though who killed Susanne to stop her from eventually talking.

Elsewhere in the episode Olivia tried to escape her life by going to a bar to pickup men under a fake name and Mellie (Bellamy Young) hired Elizabeth North (Portia de Rossi) to be her campaign manager.

The next episode of the season is Put a Ring On It. When Cyrus’s (Jeff Perry) wedding is brought forward in an emergency, Sally Langston (Kate Burton) sets out to prove the nuptials are fraudulent.