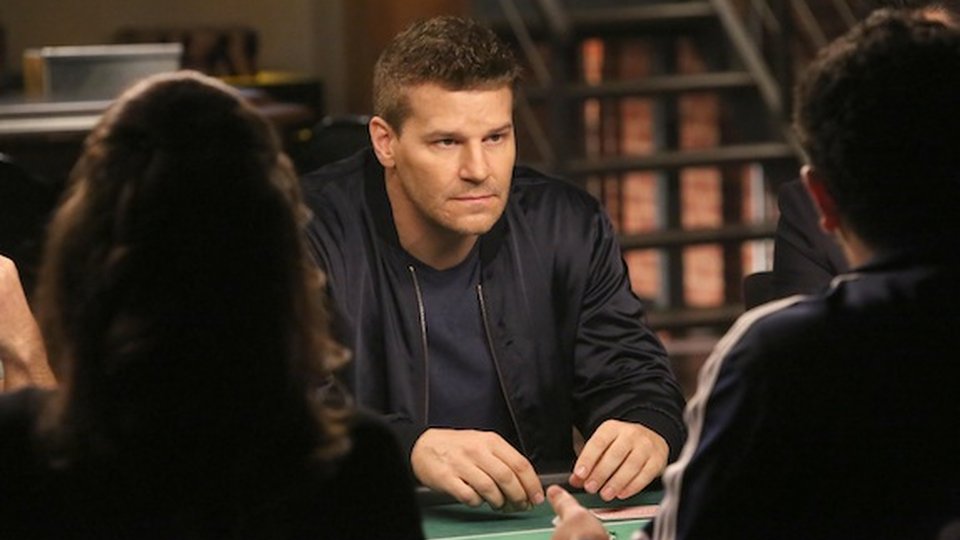 The world of mini-golf proved to be more competitive and deadly than anyone could have expected in the latest episode of Bones.

Booth (David Boreanaz) and Brennan (Emily Deschanel) investigated the death of a professional mini-golfer with their investigation taking them through a variety of the victim’s acquaintances before they identified the person responsible.

Elsewhere in the episode Max (Ryan O’Neal) returned but his suspicious behaviour got Brennan worried, and Wendell (Michael Grant Terry) asked Hodgin’s (T.J. Thyne) for help when he accidentally broke his girlfriend’s clock.

The next episode of the season is The Eye In The Sky. Booth risks falling back into old ways when the death of gambler drags him back into the world of poker. Hodgins reveals a new invention.