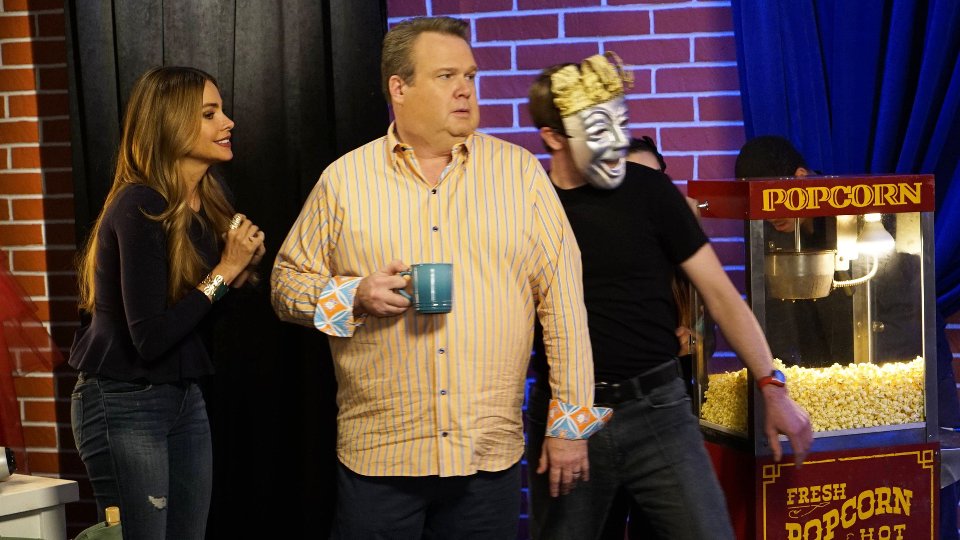 Jay (Ed O’Neill) wasn’t happy to discover that his latest attempt at advertising for his closet business was received poorly in the latest episode of Modern Family.

With Claire (Julie Bowen) on set to oversee things, it became clear pretty quickly that Jay didn’t have the presence he used to. Elsewhere in the episode Phil (Ty Burrell), Luke (Nolan Gould) and Manny (Rico Rodriguez) teamed up to help Gloria (Sofia Vergara) protect her privacy in the garden.

Meanwhile Andy (Adam DeVine) was in hospital with appendicitis and Cam (Eric Stonestreet) was worried when Lily (Aubrey Anderson-Emmons) showcased a lack of singing ability ahead of a talent show.

The next episode of the season is Spring Break. Hayley (Sarah Hyland) gets Alex (Ariel Winter) drunk at a concert, Phil becomes jealous of Luke’s increasing abilities, Cam gets in trouble over a song at a talent show, and Mitchell (Jesse Tyler Ferguson) and Jay try to go behind their spouses’ backs.