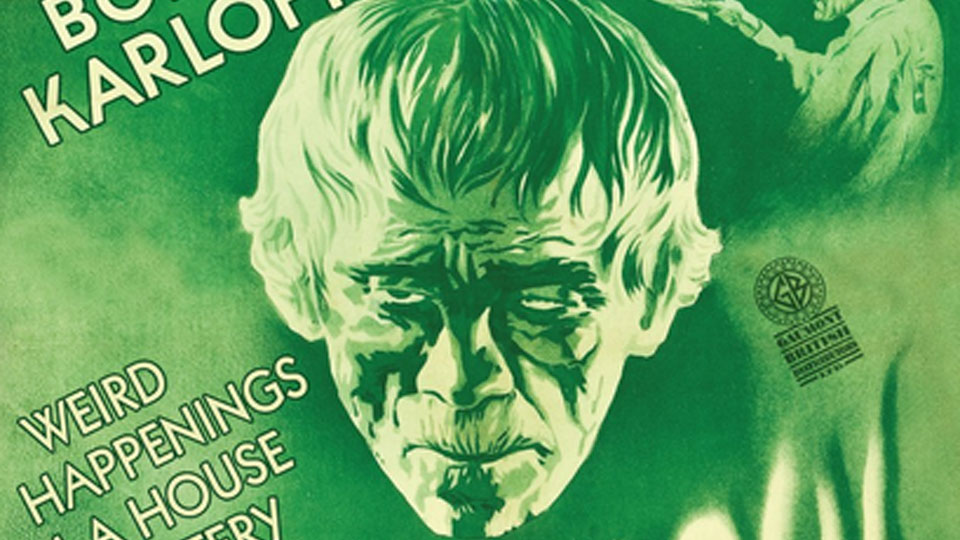 The Ghoul is a horror movie of huge historical significance. Made in 1933, it was the first British horror talkie; it capitalised on the huge success of Boris Karloff, the British-born Hollywood icon who had already played in Universal’s Frankenstein and The Mummy movies; and it featured the cinematic debut of one of the greats of twentieth-century theatre – Ralph Richardson.

Taken on its merits, The Ghoul is a pretty hokey affair, but if you love old B-movies, then you’ll likely adore this cut-price British answer to the classic Universal Monsters movies. Considering the age and the chequered history of the film, which was assumed lost for many years, Network have worked miracles in releasing this clean and crisp print to Blu-ray.

The story sees an eccentric Egyptologist Professor Henry Morlant (Karloff, in yet more magnificently gruesome make-up), dying from a disfiguring illness, and insisting on being buried in a tomb with a precious Egyptian jewel in his hand. He warns that if his tomb is ever disturbed, he will return from the dead and seek revenge. After a break-in and the theft of said jewel, it turns out that Morlant is a man of his word…

The movie capitalises on the cultural interest in Egyptology at the time, since Howard Carter’s discovery of Tutankhamun’s Tomb came only a decade earlier. Like the spurious rumours of a curse around the discovery, The Ghoul taps into the human fear of the unknown, and will retain an element of horror to the (very) easily persuadable. Those of a rational disposition are likely to find the ‘horrific’ elements tame now, if not ludicrous; yet still find the film an entertaining yarn that can be taken at face value as light entertainment.

With broad stereotypes (the wonderful Kathleen Harrison – look her up – plays exaggerated working class northern, whilst Harold Huth scowls his way through his scenes as an unscrupulous [what other sort is there?] Arab), clipped diction that strikes us as comical now, and a near total detachment from anything tangibly real, The Ghoul, like everything, is a product of its time, and given that it’s close to a century in age, there are no great surprises there. The cast shout and emote their way through risible lines that require women to faint and men to raise their voices as high as their trousers; and out of all the repertory theatre mechanics, it’s scenery-chewing Ernest Thesiger who steals the show with a tour de force masterclass in how to upstage everyone and extract the maximum melodrama from a long, lingering glower. Karloff’s rehash of his Frankenstein and Mummy antics, which he could have done in his sleep by that time, is also value for money.

Ultimately, The Ghoul is a lot of fun, and scores highly for historical relevance, if not for artistic merit.

Film buffs will be able to learn more about the movie and its significance from the commentary track by horror experts Kim Newman and Stephen Jones. There are also image galleries to enjoy.

Network release The Ghoul as part of The British Film collection.

Greg Jamesonhttp://www.gregoryjameson.com
Book editor, with an interest in cult TV.
Previous article
Samba arrives in cinemas this May
Next article
First look at Jared Leto as The Joker in Suicide Squad

Win ‘Karloff At Columbia’ on Blu-ray