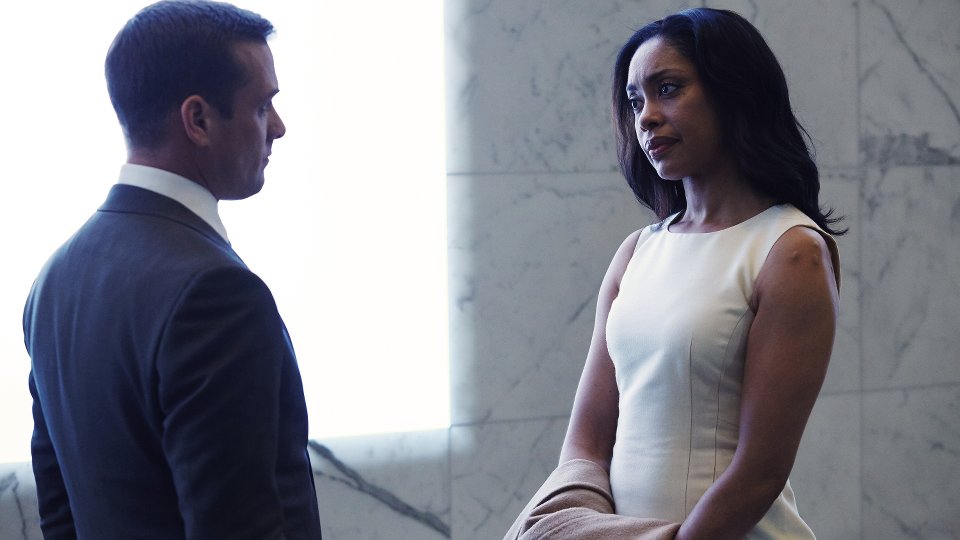 Harvey (Gabriel Macht) and Mike (Patrick J. Adams) had to rally round Donna (Sarah Rafferty) when she faced prosecution over illegally obtaining evidence in the latest episode of Suits.

After trying to help Mike out, Donna was caught on camera lying to get her hands on evidence against Liberty Rail. The company’s lawyer Evan Smith (Tricia Helfer) brought charges against Donna and Mike had to explain to his client that there case had fallen through.

Mike and Rachel (Meghan Markle) joined forces to track down the driver of the train that derailed and convinced him to testify resulting in Liberty Rail dropping the charges against Donna. Elsewhere Jessica (Gina Torres) was left shocked when Jeff (D.B. Woodside) handed in his resignation.

The season finale is Not Just a Pretty Face. Harvey helps Cahill fight Woodall and Forstman. Mike proposes to Rachel.

Tune in to Dave HD at 10pm on Thursday to see the season finale. Preview it with our gallery below: