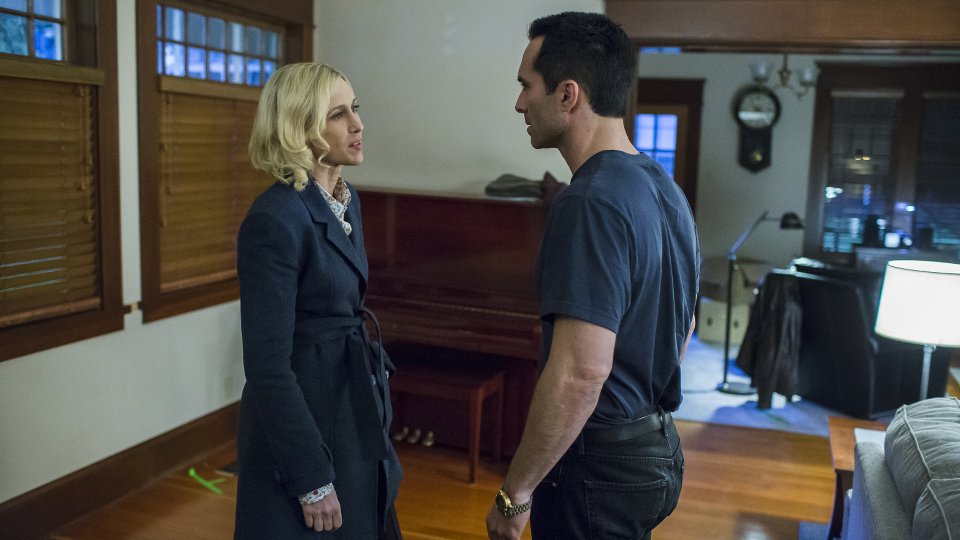 Norma (Vera Farmiga) dedicated her time to trying to find out what was on the USB stick that Annika (Tracy Spiradakos) gave her before she died on the latest episode of Bates Motel.

Turning to Dylan (Max Thieriot) for help, Norma wanted to keep Norman (Freddie Highmore) out of the loop which proved easier said than done. Norman became suspicious about his mother’s secrecy and distracted himself with Emma (Olivia Cooke).

Elsewhere Caleb (Kenny Johnson) injured himself at the cabin, Norman discovered that Dylan was hiding Caleb and Bob Paris (Kevin Rahm) started searching for the USB drive by sending his men to ransack the motel.

The next episode of the season is The Deal. Norma seeks out Sheriff Romero when events put her in an influential position.