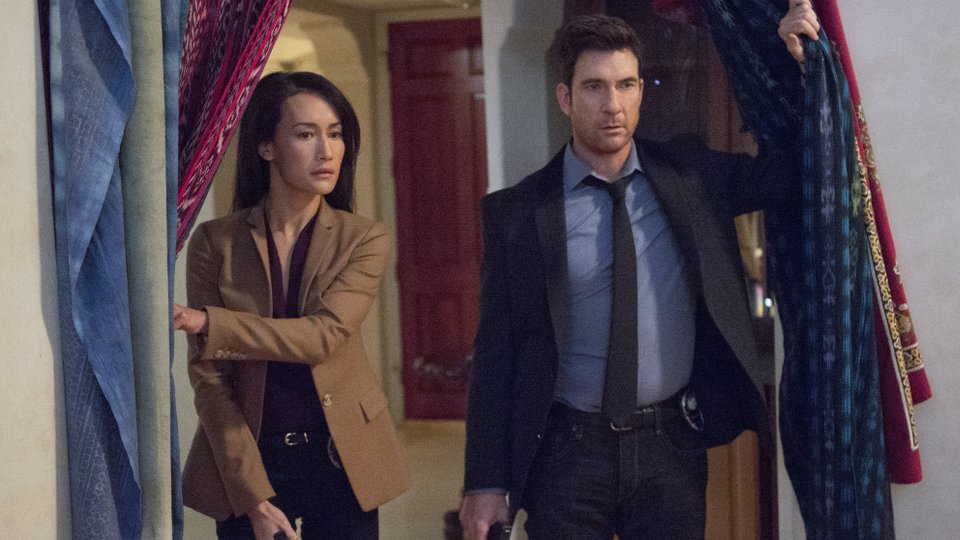 The stalking of a high school coach was the focus of Beth (Maggie Q) and Jack’s (Dylan McDermott) latest case in Stalker.

After being nearly killed, the coach believed the stalker to be student Jenny Klein (Cole Bernstein) whom he believed was in love with him. After reporting it to TAU, Beth and Jack investigated by Jenny and her adopted mother (Lauren Bowles) denied she was the one responsible.

During the investigation TAU discovered that Jenny’s friend Alexis (Caitlin Carver) was really the child of Jenny’s adopted mum and she was actually trying to make Jenny’s life hell.

Elsewhere in the episode Perry (Erik Stocklin) and Ray (Eion Bailey) got to know each other better as they planned to make contact with Beth.

The next episode of the season is Salvation. Beth and Jack investigate a rare and sinister case of group stalking. Perry and Ray take the first violent steps in their cruel plan to destroy Beth.

Advertisement. Scroll to continue reading.
In this article:Stalker