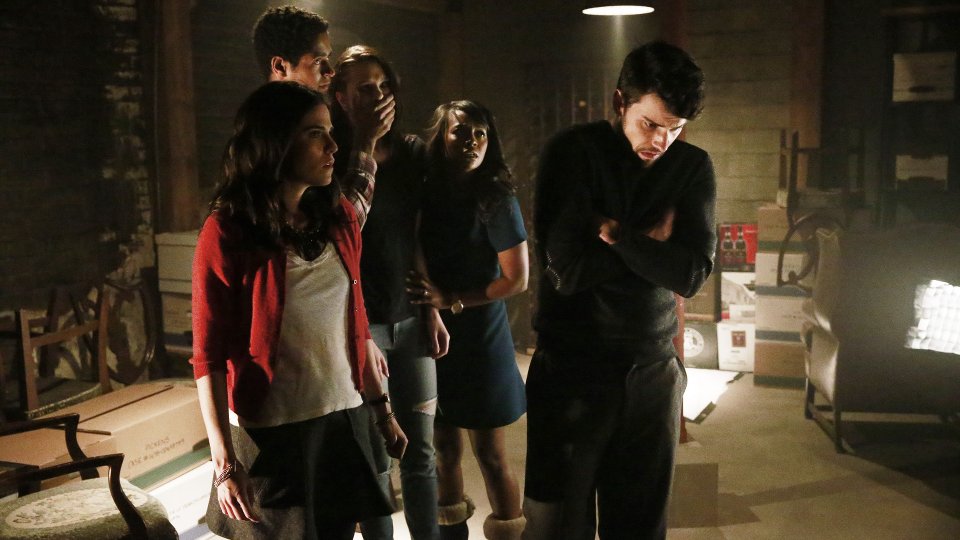 The Keating Four became increasingly more paranoid in the latest episode of How To Get Away With Murder.

With the guilt about Sam’s (Tom Verica) death becoming too much, the four turned on Rebecca (Katie Findlay) suspecting that she actually did murder Lila (Megan West) after all. The episode ended with Annalise (Viola Davis) arriving at Wes’ (Alfred Enoch) apartment to discover they have bound and gagged Rebecca in the bathroom.

In the flashbacks we began to see more of what happened the night that Lila died. Lila and Rebecca had an intense argument on the day she died made worse when Rebecca lured Lila’s boyfriend to have sex with her and set it up so they would be caught in the act.

The season finale is It’s All My Fault. Annalise challenges her students to prove their accusations against an uncooperative Rebecca, and the truth about Lila’s death is revealed.

Tune in to Universal Channel at 9pm on Sunday to see the season finale. Preview it with our gallery below: