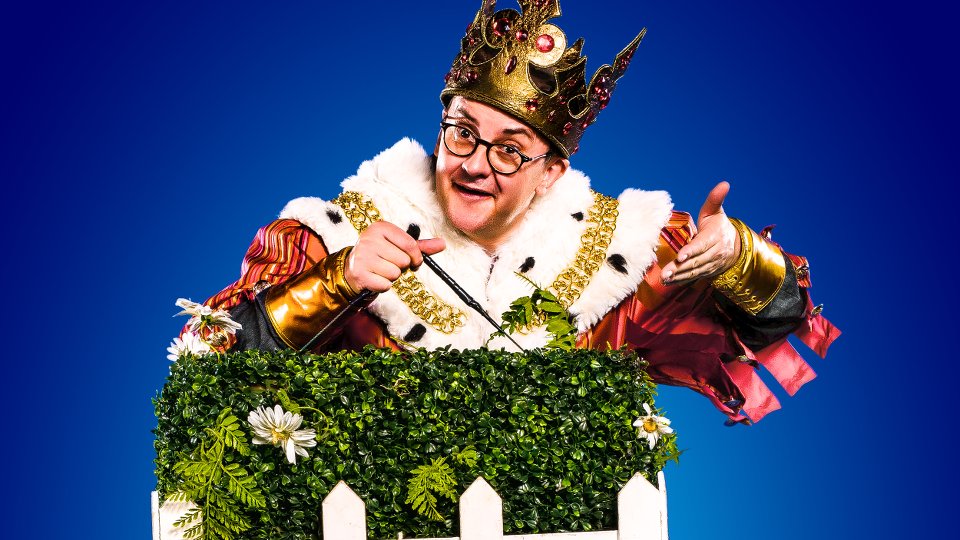 Spamalot – A knight to remember? Pardon the pun but any show involving Eric Idle and John Du Prez Is clearly to be rammed to the back teeth with puns, pantomimic posturing and, well, general colourful silliness. And in this it doesn’t disappoint.

The 2015 touring production runs with the success of its previous incarnations- except with more topical and crowd-pleasing geographical references woven in (Will Hawksworth’s Sir Robin wistfully acclaiming the “great land of Bromley” for example.) Added freshness is brought in by topical celeb references and ‘cameos’ from the likes of Mary Berry and Ant and Dec and so on. The sets are a bit overly cartoony and ‘sixth form school play’ but are unapologetically so and is intended to add to the Carry On Panto flavoured proceedings.

Mostly the show is very much a nostalgic homage to Monty Python in general and not just the film Month Python and The Holy Grail from which it was ‘Lovingly ripped’ off ‘. It is crammed with all the Python standards: the coconut clip clops from Patsy in lieu of riding ‘real’ horses, the Terry Jones-esque shrill housewife, The Black Knight who refuses to give up even when comically relieved of his very limbs, the Terry Gilliam inspired giant pointy hand appearing from stage heaven- and indeed Spam, Spam and more Spam . They are all in there. Of course it is hammed up here to the ‘nth’ degree alongside cheerfully sending up the notions of musicals themselves with musical numbers such as “You Won’t Succeed on Broadway” , “The Song That Goes Like This” and the conventional happy denoument of a “kiss and a wedding!” as the Lady of the Lake/ Gunivere insists must happen at the end.

The cast play it all in the spirit of silliness for which the show was intended. Todd Carty is clearly having the time of his life in the grinning, face-pulling sidekick role of Patsy. Joe Pasquale is a predictably squeaky and quirky King Arthur. Clearly he is not a natural singer or dancer but he gives it some welly in the spirit of great fun and this works very well. It’s clear too that he and Todd Carty, not to mention the ensemble cast, create fun for themselves by improvising and ad-libbing here and there, referencing their own performance and careers. Although this is high comedy – Sarah Earnshaw’s lady of the Lake/ Guinivere / Show Diva does steal the show with her amazing vocals, comedic timing and stage presence whilst bemoaning her useless agent and lack of time onstage (“Whatever Happened To My Part?”),

Best part by far was the very gay and fey Richard Kent’s Prince Herbert lamenting his arranged marriage and wishing for a Knight to rescue him. Cue Jamie Tyler’s ‘coming out’ as gay Sir Lancelot – a sparkly dance segment camper than a row of tents, culminating in a mutual sort of rescue and marriage between the two. As they parade out as a couple, Lancelot exclaims, “Just think – in a thousand years this will still be seen as controversial!” Brilliant stuff.

On the downside the proceedings borrow so heavily from well loved (if arguably well worn) Python comedic tradition that at times it almost feels like you are humouring your Dad and his peers by laughing along to please them. That said, if you are in the mood, Spamalot is a thigh slapping family friendly romp, delighting in and celebrating the oh so very British silliness in Python humour. Plus it has Hugh Bonneville as an impatient God and a cleverly written score. Come on, who can resist a funny singalong? Altogether now….. “ Always Look on the Bright Side of Life.. “!