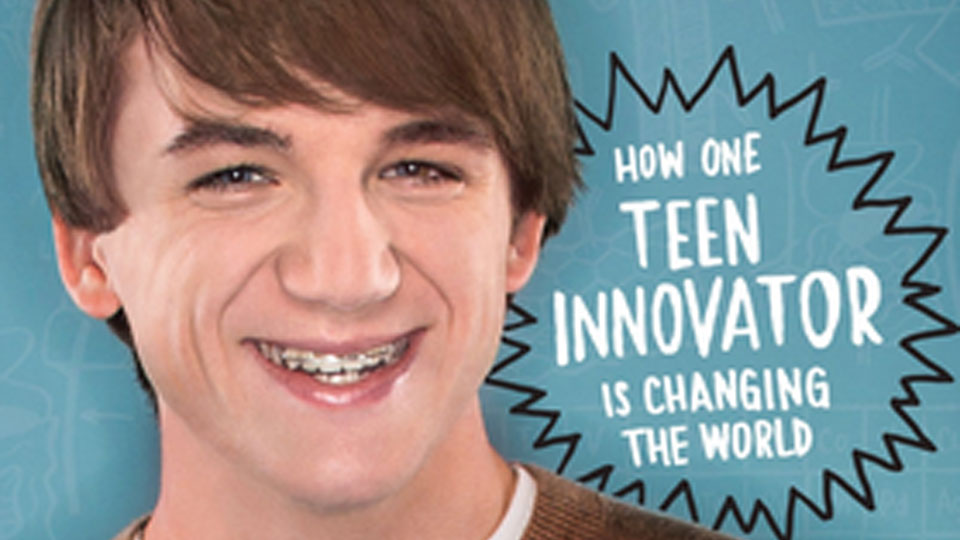 Breakthrough is the extraordinary autobiography of Jack Andraka, recounting his life and achievements so far. There aren’t many eighteen year-olds whose history is worth telling, but in this way, and in many others, Andraka is exceptional.

You may know him as the innovative scientist who has developed a revolutionary new test for the early detection of pancreatic, ovarian and lung cancer, turning the world of medical research on its head in the process. You may also have seen the video of him winning the George E Moore award at ISEF (the International Science and Engineering Fair) after his unrestrained and infectious enthusiasm sent it viral. Since then, Jack’s media profile has gone stellar, leaving him probably the most talked about teen on the planet who isn’t a sports star, actor, or singer.

Breakthrough, written alongside Matthew Lysiak, is Jack Andraka’s account of his life and work, offering readers a deeply personal insight into what makes him tick. The book doesn’t just focus on his successes, but is a very human story; detailing his home life, his thought processes and the battles he overcame to succeed in science; such as homophobic bullying, depression and grief for his deceased mentor.

One of the most touching aspects of the narrative is Jack’s account of his bond with family friend Uncle Ted, who died from pancreatic cancer. Breakthrough is a celebration of triumph over adversity, and after his uncle’s death Jack devoted himself to developing a method to detect cancer early so that in future, people like Ted might live. That story too is full of set-backs, and Jack includes some of the snarky rejection emails he received from universities; as well as recounting the months of accident-prone labour he faced in the Johns Hopkins lab until his dogged perseverance paid off.

Breakthrough combines a strong narrative voice – you get a real sense of who Andraka is – with a refreshing modesty and practicality: he’s not above asking his brother Luke for feedback on his work. Yet at the same time, Andraka tenaciously pursues his dreams with single-minded self-belief. As such, it’s a hugely inspirational book, and one certain to appeal to teens with a passion for science and a determination to make the world a better place. There are some experiments to try at home at the back of the book to motivate young readers with scientific curiosity. It’s also an encouraging story for teens who feel they are outsiders, and who may face bullying and miserable school years, who need to hear they’re not alone, and that it gets better.

Jack states his call-to-arms at the end of the book: “If you’re tired of hearing our generation getting trashed all the time as a group of self-entitled slackers, it’s up to each one of us to break through and change that perception.”

For the lay reader, there isn’t too much detail to the cutting-edge science (but certainly enough for the scientifically literate to make sense of how Jack’s early cancer detection test works) and the focus remains on the human story and the application of the scientific ideas. A more scientifically knowledgeable audience may have wished for further details, but that’s not the focus of the book, and if Jack has his way, any research papers will be made freely available.

Breakthrough will bring you up to date with the work of one of the great scientific innovators of our time, with a teasing final chapter on the directions his future work might take. It does so with accessible prose, plenty of humour and many touching stories. It’s one of the most inspiring new books you can read, which may well motivate young thinkers and doers – the key audience here – into believing they too can make a positive difference.