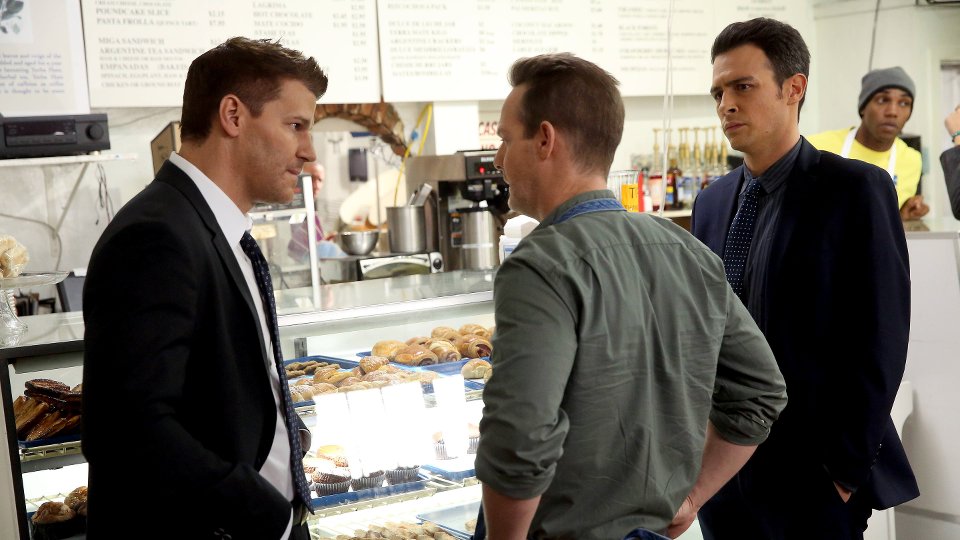 The death of a teacher was the focus of the investigation in the latest episode of Bones.

Brennan (Emily Deschanel) and Booth (David Boreanaz) were called on to investigate the death of a school teacher whose body was discovered in a bookstore. Suspicion fell on one of her troubled students but it turned out that it was actually a jealous colleague who was responsible for her death.

Elsewhere in the episode Brennan joined Twitter and enlisted the help of squint Jessica (Laura Spencer) to help build up her fanbase. Angela (Michaela Conlin) became a little concerned that Brennan’s new addiction was detracting her from her work.

The next episode of the season is The Baker in the Bits. The team delves into the shady past of an ex-con after his body is found in pieces. Squintern Arastoo receives some tragic news.