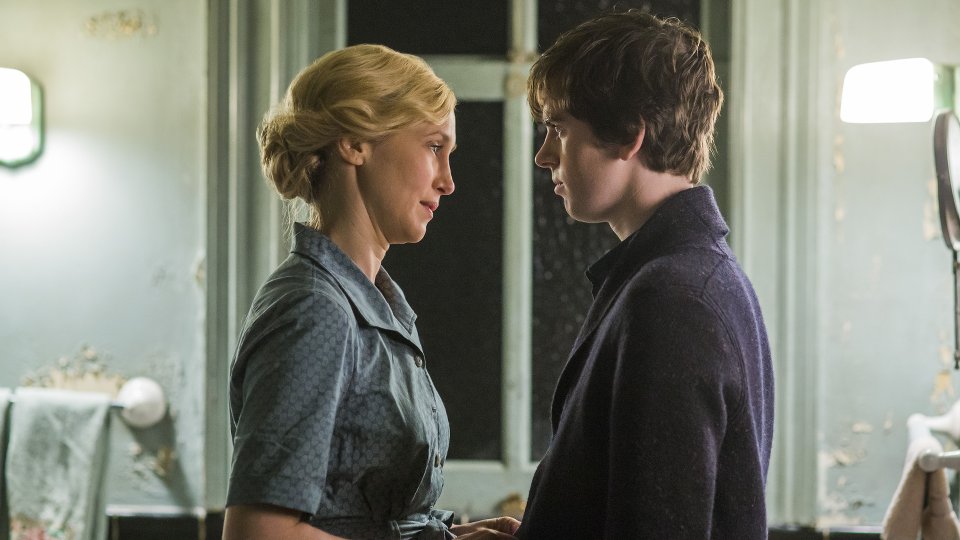 Norma (Vera Farmiga) began to worry that Norman (Freddie Highmore) may have had something to do with the disappearance of their new guest Annika (Tracy Spiridakos) in the latest episode of Bates Motel.

After accompanying her to a bar for a night out, Norman returned home in Annika’s car without her and Norma became obsessed with trying to find out what had happened to her. She enlisted the help of Emma (Olivia Cooke) and they found an invitation to a an event known as The Arcanum Club. Norma went along and pretended to be Annika but couldn’t get in as she didn’t know the password.

Ever resourceful Norma climbed over a wall and discovered the party was a sex party for the wealthy and was told to leave by Romero (Nestor Carbonell) who caught her in the grounds.

Elsewhere in the episode Norman and Emma started dating properly, and Dylan (Max Thieriot) and his father Caleb (Kenny Johnson) marked their territory as they started their medical marijuana business.

The next episode of the season is Persuasion. Norma begins to see a change in Norman, with Emma appearing to cause a rift between mother and son. Sheriff Romero is increasingly suspicious.

Tune in to Universal Channel tonight at 9pm to see the episode. Preview it with our gallery below: