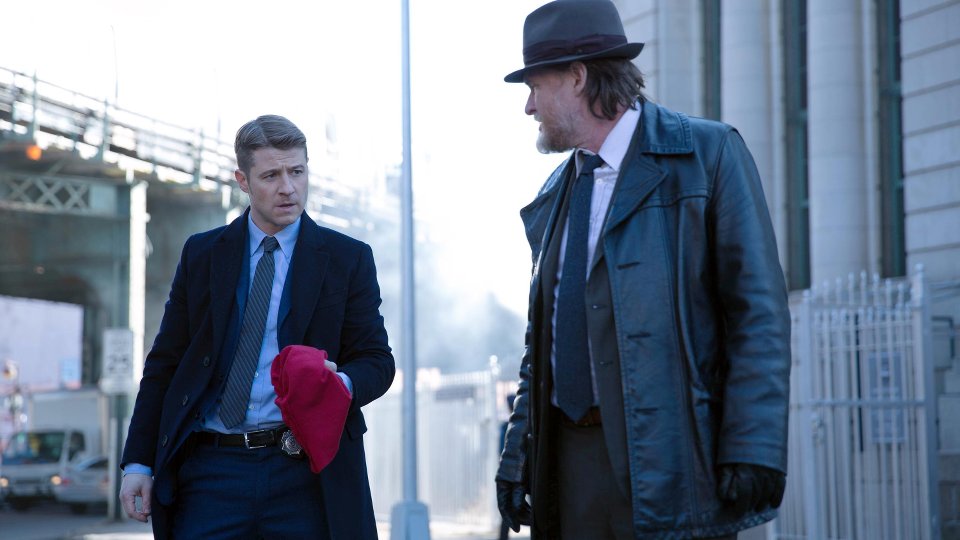 Were we just introduced to The Joker in the latest episode of Gotham?

It certainly looks like it doesn’t it following the introduction of Jerome (Cameron Monaghan) who murdered his mother. After sending Jim (Ben McKenzie) in circles trying to find the killer of his snake charmer mother, Jerome was caught out and revealed his true colours whilst being questioned with blind fortune teller Paul Cicero (Mark Margolis).

Elsewhere in the episode Barbara (Erin Richards) returned to Gotham in an attempt to reunite with Jim, Bruce (David Mazouz) held a board meeting at Wayne Enterprises expressing his concern that the company is in league with the mob, and Fish (Jada Pinkett Smith) requested to meet the boss of her captor.

The next episode of the season is Red Hood. In this episode, as a gang of bank robbers strike comparisons with Robin Hood, Alfred (Sean Pertwee) is visited by an ex-SAS buddy who is also looking to make a fast buck.