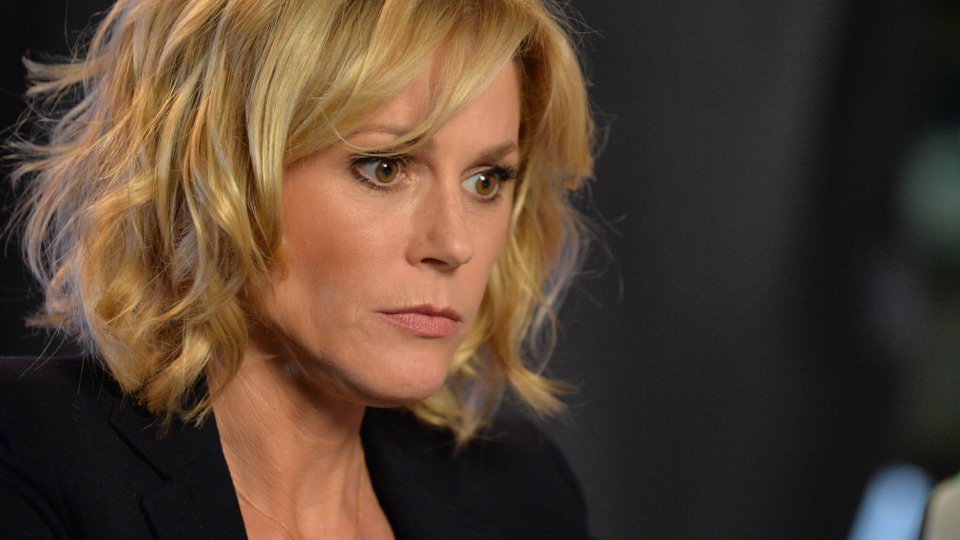 Elizabeth Banks returned to Modern Family as the unpredictable Sal in this week’s episode.

Mitch (Jesse Tyler Ferguson) and Cam (Eric Stonestreet) gathered their friends together for Sal’s (Banks) baby shower and were left holding the baby when Sal did a disappearing act. They found a note amongst her belongings that suggested she couldn’t cope with motherhood and the group began arguing over who could care best for the baby.

Elsewhere in the episode Phil (Ty Burrell) and Claire (Julie Bowen) returned from a reunion weekend with Phil’s friends and endured an interesting plane journey, and Jay (Ed O’Neill) taught Manny (Rico Rodriguez) how to defend himself against a bully.

The next episode of the season is Connection Lost. Stuck at an airport with just her laptop to hand, Claire tries to track down Haley, who has gone off the grid following a row.