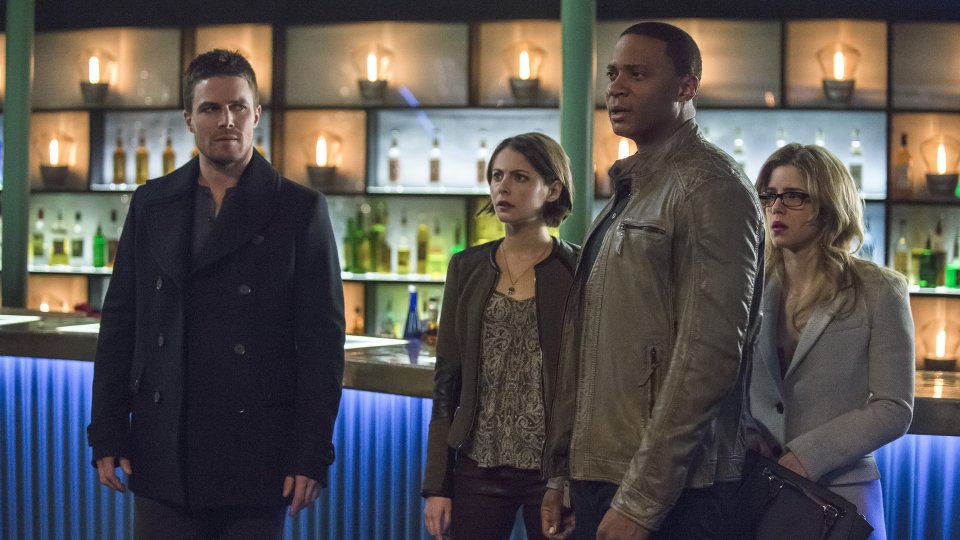 Following the murder of the Mayor, Captain Lance (Paul Blackthorne) put a target on the Arrow’s (Stephen Amell) head in the latest episode of Arrow.

Waging war against the Arrow, thanks to Ra’s (Matt Nable) murders around the city where he imitated the hero, Lance tried to flush Oliver out of hiding after learning that he is the Arrow. Lance went on TV to announce the news forcing Oliver to turn himself in. Team Arrow couldn’t let that happen though and Roy (Colton Haynes) decided to take the fall and falsely confessed to being the Arrow in order to protect Oliver.

Elsewhere in the episode Felicity (Emily Bett Rickards) was visited by her mother whilst Ray (Brandon Routh) was in hospital. Learning that he has a life-threatening blood clot, Felicity decided to inject Ray with his own nanobot invention to save him.

The next episode of the season is Broken Arrow. Oliver reluctantly reaches out to Ray for help when latest foe Deathbolt (guest star Doug Jones) makes his presence known.

Tune in to Sky 1 HD at 8pm on Thursday night to see the episode. Preview it with our gallery below: