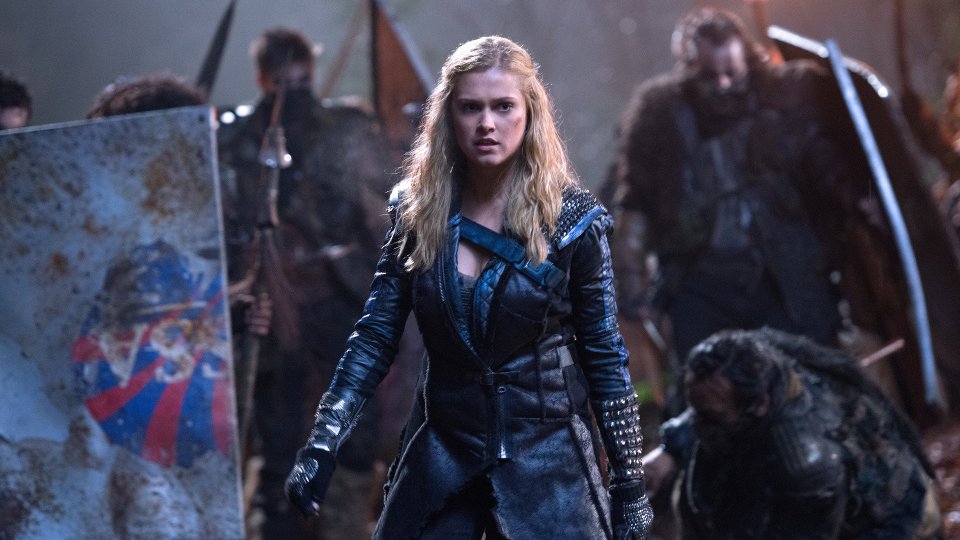 Clarke (Eliza Taylor) and Lexa (Alycia Debnam-Carey) marched their army to war with Mount Weather in the latest episode of The 100.

Whilst they put on a united front, Clarke and Lexa had their own issues when Lexa asked her people to kill Octavia (Marie Avgeropoulos) after Clarke told her she did know about the missile attack. Octavia promised to help Clarke with the war but told her after that they were done. Clarke was also left surprised when Lexa revealed she had feelings for her and two shared a kiss.

Elsewhere in the episode Bellamy (Bob Morley) managed to prevent the Mountain Men from unleashing the acid fog on his friends, Raven (Lindsey Morgan) and Wick (Steve Talley) had sex after helping Bellamy remotely, and Jaha (Isaiah Washington) continued to search for the City of Light.

The penultimate episode of the season is Blood Must Have Blood Part 1. Raven and Wick have a major setback. Octavia and Lincoln make a difficult decision. Jasper (Devon Bostick) and Maya (Eve Harlow) witness a horrible act.