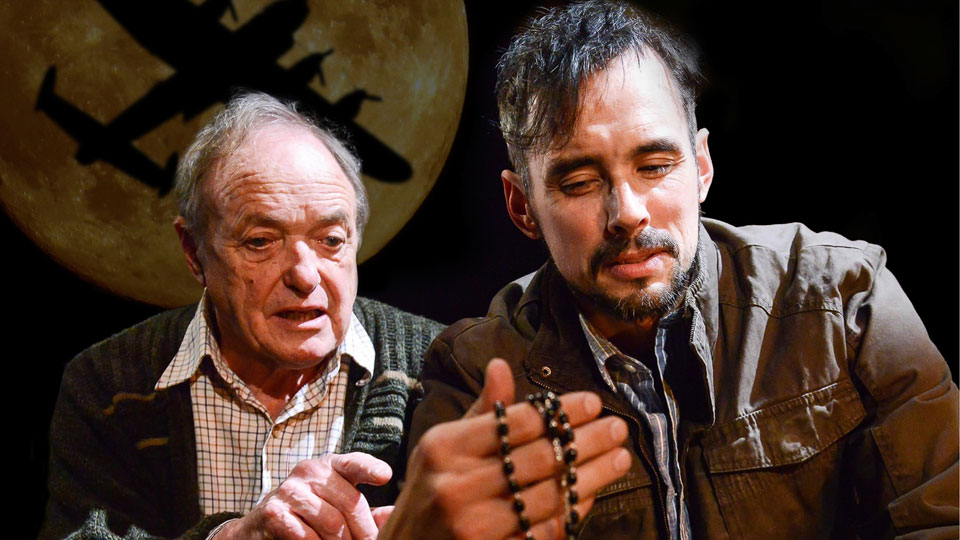 James Bolam and Steve John Shepherd will star in the play Bomber’s Moon by William Ivory at Trafalgar Studios 2, previewing from Monday 20th April, for a strictly limited season until Saturday 23rd May.

Former RAF gunner Jimmy finds his routine disrupted when sensitive care assistant David arrives – and his cantankerous outlook and colourful language seem to be more than David can handle. As Jimmy increasingly snaps back to the adrenaline-fuelled terror of his WWII bombing raids, and David’s new found faith is tested to breaking point, both men discover that a lasting peace is not easily won. With acerbic wit and searing honesty, Bomber’s Moon is a bittersweet tour-de-force, full of gritty realism and razor-sharp humour.

James Bolam is best known for his television work, including New Tricks (BBC), Born and Bred (BBC), Second Thoughts (LWT), The Beiderbecke Connection/Tapes/Affair (YTV), Only When I Laugh (YTV), When the Boat Comes In (BBC) and The Likely Lads (BBC). His most recent theatre credits include How to Succeed in Business Without Really Trying and Semi-Detached, both at Chichester, and Wild Oats at the National.

Steve John Shepherd is best known as Michael Moon in EastEnders and for his breakthrough role as Jo in This Life. His most recent theatre credits include Albion (Bush Theatre), Piaf (Donmar Warehouse & West End) and Five Wives of Maurice Pinder (National Theatre).

William Ivory wrote the screenplay for the film Made In Dagenham. His television writing credits include episodes of ITV’s Minder and, for the BBC, Common as Muck, The Sins, Night Flight, A Thing Called Love, Faith and Burton and Taylor.

Bomber’s Moon will be directed at Trafalgar Studios 2 by Matt Aston.