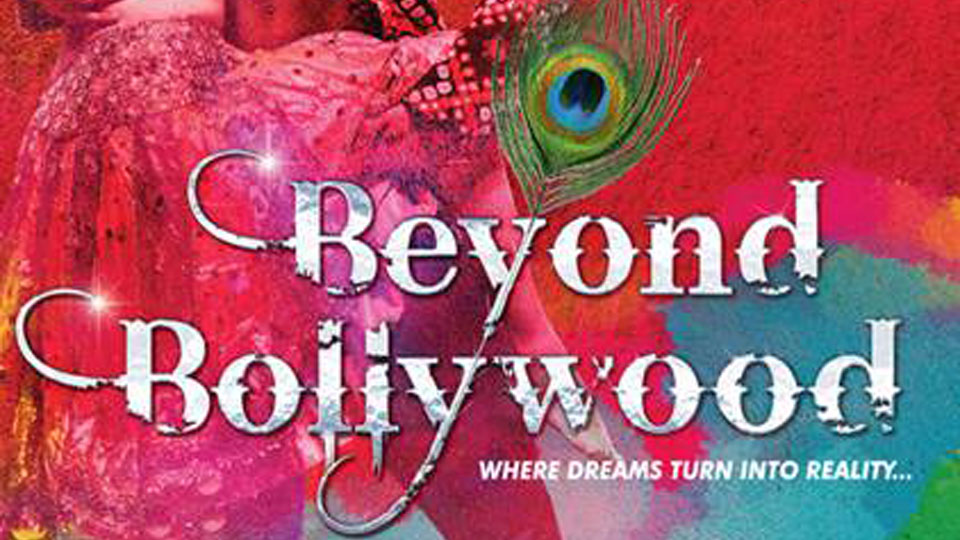 Ahead of the opening of Beyond Bollywood at the London Palladium on 8th May, we spoke to one of the musicians and creators of the show – Bollywood legend Salim Merchant.

Together with his brother Sulaiman (the pair are best-known as Salim Sulaiman), he has been writing music for two decades and has scored many Bollywood movies. Beyond Bollywood is a theatrical show that promises to combine spectacle, emotion and humour with incredible dance and music from a variety of folk Indian traditions. It’s already wowed audiences during a sell-out run in Mumbai and comes to London with considerable buzz.

In an inspiring interview, Salim told us more about the creative influences driving the show, what he hopes British audiences will take from it, and how writing for musical theatre offers more challenges than scoring the movies.

Hi Salim, thanks for talking to us. It’s now less than a month before Beyond Bollywood opens at the London Palladium. How are you feeling?

It’s very exciting. We’re all set. We’ve been working hard to bring this show successfully to the UK and it’s finally all happening.

What can audiences expect from the show?

We’re expecting it to have a wide appeal, not just to Indian audiences but to anyone living here or visiting the UK, because it’s about everybody. It’s such an engaging show. It’s an amazing story about a young girl who sets out to find her roots and her traditions. She’s living in Munich with her mother, and her father is an alcoholic. She loses her mother, and her mother’s property, which is a theatre; so after that devastation she sets off to India to find her roots. She joins Bollywood as a dancer, but she wants a little bit more so she travels all over India, and she finds the true spirit of India with the folk dancing and the music, so she comes back to Germany and presents a show called Beyond Bollywood at the old theatre, so it’s really a musical within a musical. It’s a great story with a lot of romance, comedy and emotion. It’s a very engaging story told beautifully with all different forms of music. It has a lot of folk music and traditional music from different parts of India, not just Bollywood music, which is why it’s called Beyond Bollywood. It presents these musical traditions in a new and commercial way.

Had you been used to writing all the different folk musical styles, or was that a new experience for you?

It was extremely challenging. There were things we had to listen to and study, and even travel to parts of Rajasthan and Punjab, which is in north India, to find out the source of the stories. The music is so much connected to certain stories and traditions and historic events. We tapped into that and brought a few stories, modified them in our own way and composed our own versions. It was very challenging and incredible for us. Very satisfying.

You compose with your brother. Were there any artistic differences writing Beyond Bollywood?

We’ve been writing music together for the last two decades, so any differences we sorted out in the first six months. The last nineteen and a half years have been a blast! We’ve studied music together, we’ve learned music together, played together and grown up listening to it, so it’s really not a problem creating it together. We’ve scored so many movies back home, and this is a third musical, we’ve also done Merchants of Bollywood and the Taj Express before this. The difference here is that we’re also the creators of the show. Myself and my brother, Rajeev Goswami the director and Irfan Siddiqui the lyricist are the four people who have created the show, and we are the producers. We believed in the story, always wanted to create our own musical and bring it to the West End in the truest spirit of India and in the most entertaining and beautiful way. That’s why it’s not just a musical experience for us. It’s more than that. We’ve researched our way and worked really hard on the story. It’s taken two and a half years to conceive and write it, get all the dancers together and the crew, and create the sets and get it all together. It’s been quite a journey.

You say you’ve worked on musicals previously. How does creating theatre compare to writing scores for movies?

Making a theatre production is very difficult, and very different from a movie. It’s so easy with a movie as there’s always a retake, you can always tweak things; but with theatre it’s the moment. You do anything, it’s for that moment. How you produce that, to make it engaging and emotional for that moment is very important. Sometimes audiences perceive things very differently from how you create them. It’s important to get in the audience’s shoes, see the show, and tweak it the way an audience reacts to a particular moment in a musical. It’s challenging, but it’s fun! It’s a great experience to score a musical. There are so many nuances that are special for a musical. A movie is an entirely different ballgame.

The show’s already been on in Mumbai, with a sell-out, so it sounds like audiences are reacting well to it already.

Quite honestly, that’s what gave us the strength to bring the show to the UK. The response we received in Mumbai was phenomenal. Mumbai is a very difficult place because it’s a Mecca for Bollywood movies, so if you can make a musical work there: it’s a huge achievement!  Mumbai people are always bowled over by Bollywood movies, so for us to win their hearts doing a theatre musical production was a big deal.

Are you hoping Indian and British audiences will react in much the same way to the story?

I’m confident they’ll really love it. It has something for everyone. What’s really nice is the spirit of the whole show is really phenomenal. You come out feeling happy, entertained, educated: you learn a couple of things about India that you wouldn’t normally from a movie or a musical. We’ve gone into the deep heartlands of India in terms of the story and what the traditions are; but not trying to be preachy, but making it fun and entertaining.

Tell us about the single Namaste India. What’s the song about?

It’s a beautiful song. Namaste means, “I bow down to the holiness in you.” It’s a simple word that everyone knows if you’re Indian or British or American or whatever: but that’s the actual meaning of it. We made a very fun song out of it. Namaste India is about how in the day you experience night sometimes, as people may sleep during the day; and at night they’re awake. There’s rum, country liquor, bread, curry: it’s the best of both worlds in most places in India. Even though we live in India, we feel every culture and tradition is welcome, everybody from all over the world. It’s a very happy and beautiful song, with fun energy and dancing in it. It’s the grand opening of the musical, so it’ll be fun to launch with it and see how people react to the first look of it.

Has it proved the most popular song, or is it one you’re the most proud of? What was the reason it was selected as a single?

It was the first song we created for the musical and it turned out to be such a big bang, so we wanted to release it as a single before the show and make some noise about it. It’s a beautiful song, and even though you don’t understand the language, because it’s in Indian, the main hook says, “Namaste, Namaste, Namaste, India.” Then of course the tagline is “When dreams turn into reality and Beyond Bollywood; devotion and determination Beyond Bollywood.” It’s a fun, good-spirited, high-spirited song which spreads the word of love, magic, fun, belief, dreams – all kinds of things.

We’ve been looking at the production images and they seem to encapsulate all of that, so it’s looks a very vibrant and colourful show.

Yeah, it’s extremely colourful, that’s for sure, and it’s very emotional too. I’m very excited about the fact that it touches you at times as well as tickles the rib with comic moments that’ll make you crack up too. It’s a combination of fun and drama, and of course the dancing is just electric and very energetic.

It certainly looks stunning and we’re looking forward to seeing it. Salim, thank you very much for talking to us.

You can see Beyond Bollywood from 8th May at the London Palladium. Check out http://beyondbollywoodmusical.com/ for more details and to book.

Ana Ilmi as Shaily Shergill and Mohit Mathur as Raghav lead the company.