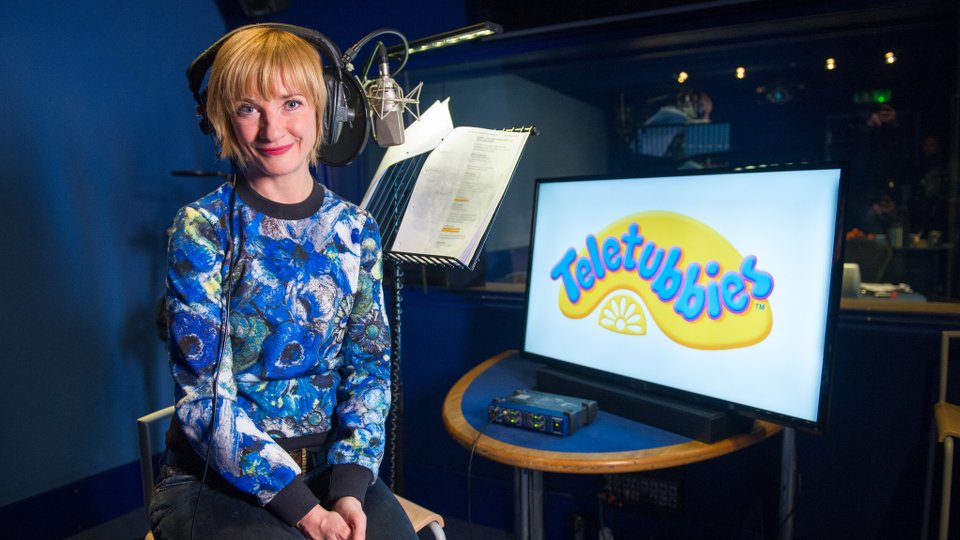 Teletubbies is heading back to TV and a line-up of well-known British stars have been confirmed to voice the show.

Arriving on CBeebies later this year, Teletubbies will feature the characters from the original series but it will be visually enhanced to give it a contemporary look and feel. Actor and comedian Daniel Rigby will narrate the show and Jane Horrocks will voice the Tubbies new 21st Century gadget, the Tubby Phone.

Completing the line-up is TV and radio presenter Fearne Cotton, actor Jim Broadbent and actress Antonia Thomas. Cotton and Broadbent will voice the much-loved Voice Trumpets and Thomas will narrate the opening and closing lines.

Fearne Cotton says of her role, “Teletubbies holds a special place in my heart so I’m honoured to be part of this well-loved TV show. As a mum, I am sure the new series will enthral a whole new generation of children across Britain and I will certainly be watching with my kids!”

Teletubbies first launched in March 1997 and became one of the most successful global children’s brands of all time.