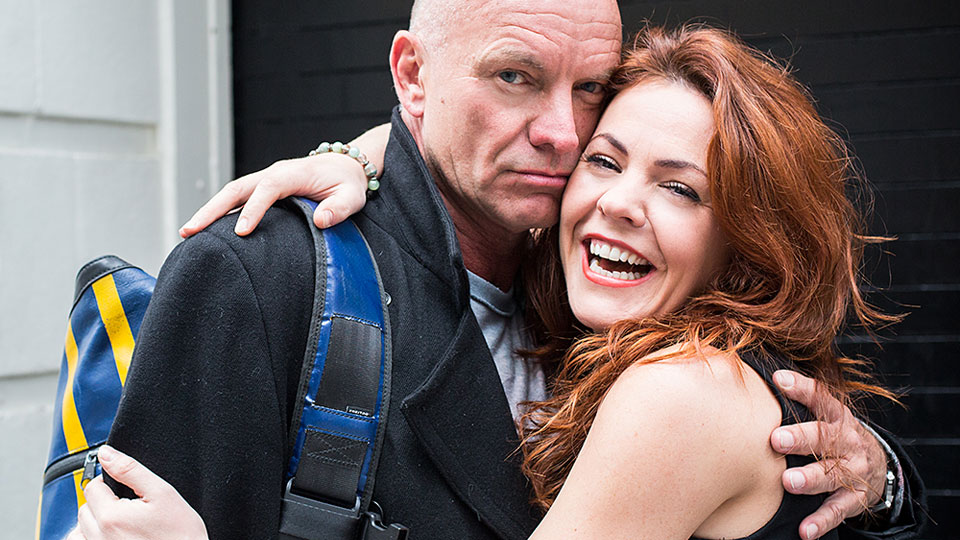 Rachel Tucker is a star of both the West End and Broadway. Television audiences will know her from I’d Do Anything in 2008. However, she’s best known for her musical theatre work, having wowed audiences as Elphaba in Wicked on London’s West End, amongst roles in other hit shows.

More recently, Rachel starred on the other side of the Atlantic, originating the role of Meg in Sting’s new musical The Last Ship, which marked her Broadway debut.

Rachel will be back in the UK for two solo shows, aptly-named Back From Broadway, which will be staged at the St James Theatre in Westminster on 19th April. We spoke to Rachel to find out more about what audiences can expect from her solo show, as well as to hear about her experiences in the US.

What can we expect from Rachel Tucker: Back From Broadway?

Expect the unexpected! I like surprisingly my audiences, and it’s compulsory to have fun and be silly, I never take myself quite too seriously!

Where did the idea for the show come from?

When we got our closing notice for The Last Ship on Broadway, I thought I would love to come back and do a show and share my experiences with the audience in London who never got to see it, as well as share my new musical influences fresh from New York and compare them to London, and also where I’m from, Belfast.

Would you like it to be the first of a series of solo shows?

I do love doing solo gigs, they are massively hard work and a lot of man hours need to be put in, that’s why I decided to do two shows. But I do see gigs as individual events, once or twice in a year for me I feel is plenty. Because I feel they should be an event and an experience, and not just another gig. So while it’s great experience for me to learn more repertoire and do it in front of an audience it should also feel very personal and a one-off, really.

Is it any more daunting or exciting performing your own show as opposed to working with a company?

For me it’s definitely more daunting working on my own show. I am quite an indecisive person so to ask myself to pick to set lists of around 24 songs is a very hard thing for me to do. Way too many songs and ideas for me to choose from! Although I have got very excited recently, knowing that I’ve decided my set list, it’s been real fun rehearsing them with the musical director and choreographer.

You’ve played leading musical theatre roles on both Broadway and the West End. How does the experience both sides of the Atlantic compare and contrast?

Creating the role of Meg in The Last Ship on Broadway was a first for me, it was my first original role and I loved it. It’s hard to compare and contrast from a London creative team and cast to a New York creative team and cast as it always gonna be different! However what did strike me as being different was just how disciplined and seriously everybody took their role and job on The Last Ship, but this could have been because it’s a brand-new show and maybe the stakes were higher for everyone?

Tell us about your time working on Sting’s musical The Last Ship. Would you hope to reprise your part if it comes to London?

I would love to reprise the role of Meg if The Last Ship came to London. I would love to work with Sting again, he was the most incredible, creative and genuine person I think I have met – ever!!! He was so giving and generous and was at every single rehearsal so when he eventually did come in to try and save our ship, it just felt like he was always in the cast and always with us from day one.

You’ve worked a lot with director Joe Mantello. Would you describe it as a working relationship, and if so, how did it come about?

Yes, I suppose I should be very thankful to Mr Mantello, he has been very good to me! We have a great working relationship, I feel I think he is an extremely smart and intelligent director and I trusted him and his judgement and his direction wholeheartedly. I worked with him from time to time in my three-year stint at Wicked and we have emailed on and off over the years. I’d work with him again tomorrow.

Do you have any favourite songs that you always love to perform?

Yes, I love Stars And The Moon by Jason Robert Brown. I call that my handbag song, meaning I pull that song out wherever I can and like a good old handbag it never lets you down!

How has the experience been recording your debut album The Reason, and are there any plans for a follow-up?

I loved my time recording my album, I recorded it whilst I was pregnant so for me it was the perfect time as I was on maternity leave from Wicked and I couldn’t work on any other show, for obvious reasons! So I went into the studio in my own time and for the six months after Ben was born I was able to come and go and finish off my album as I pleased! I have no immediate plans of another album, as it took me three years to get my act together for my first album. Maybe you have just planted the seed and in three years time there will eventually be another Rachel Tucker album! Lol!

You can see Rachel Tucker in Back From Broadway at the St James Theatre on Sunday 19th April. Tickets are available through www.stjamestheatre.co.uk.

Sting to bring My Songs World Tour to London this September