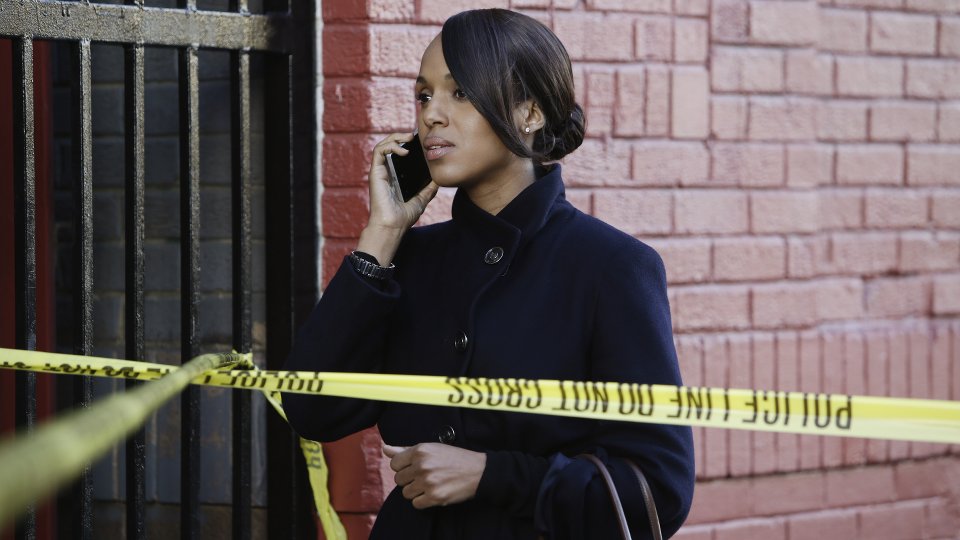 Olivia Pope (Kerry Washington) was reunited with a former Gladiator in the latest episode of Scandal as she managed to get away from her captors.

After foiling the deal with the Iranians, the auction for Olivia reopened. Huck (Guillermo Diaz), Jake (Scott Foley) and Quinn (Katie Lowes) tried to bid on her once again but were beaten by the Russians. As they tried to find another way to save Olivia, Cyrus (Jeff Perry) went against Fitz (Tony Goldwyn) to plot her murder with the FBI.

As Olivia was handed over to the Russians, it was revealed that the winning bidder was actually Stephen Finch (Henry Ian Cusick) who returned her safely home.

Elsewhere in the episode Mellie (Bellamy Young) and Elizabeth (Portia de Rossi) teamed up to take Andrew (Jon Tenney) down and Olivia had an angry meeting with Fitz after learning that he went to war for her.

The next episode of the season is The Lawn Chair. Olivia comes to the aid of a grieving father following a tragedy in DC. At the White House, Fitz looks for a new VP.