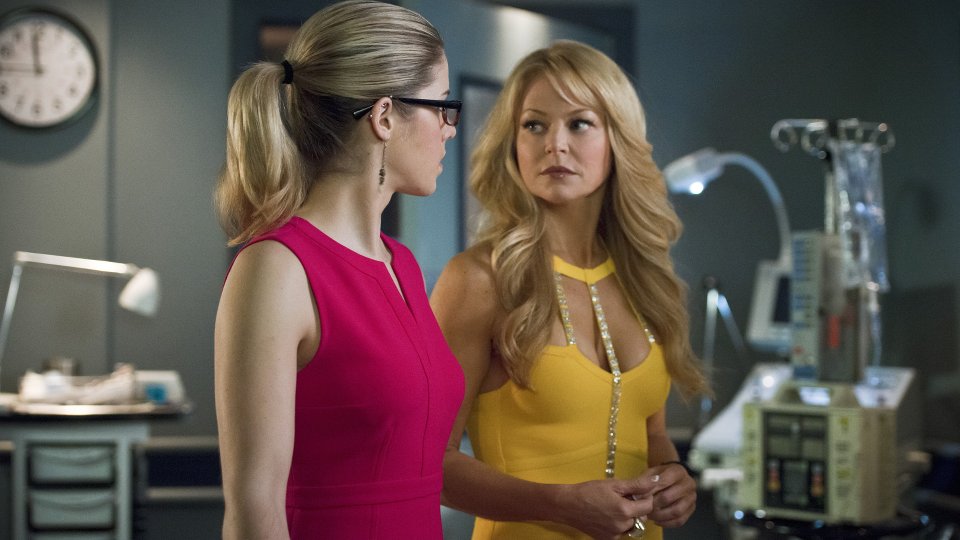 Diggle (David Ramsey) and Lyla (Audrey Marie Anderson) remarried in the latest episode of Arrow but didn’t have long to enjoy their wedded bliss.

A.R.G.U.S. interrupted their honeymoon to recruit them for a Suicide Squad mission to rescue Senator Cray (Steven Culp) from a kidnapping. Once they arrived though it turned out the kidnapping was a ruse orchestrated by the Senator.

Elsewhere in the episode a warrant for the Arrow’s arrest was issued, Ray (Brandon Routh) learned that Oliver was the Arrow, and Maseo (Karl Yune) murdered the mayor.

The next episode of the season is Public Enemy. When Ray is injured during an attack on the Mayor’s office, Oliver and co try to find the culprit before the police do.