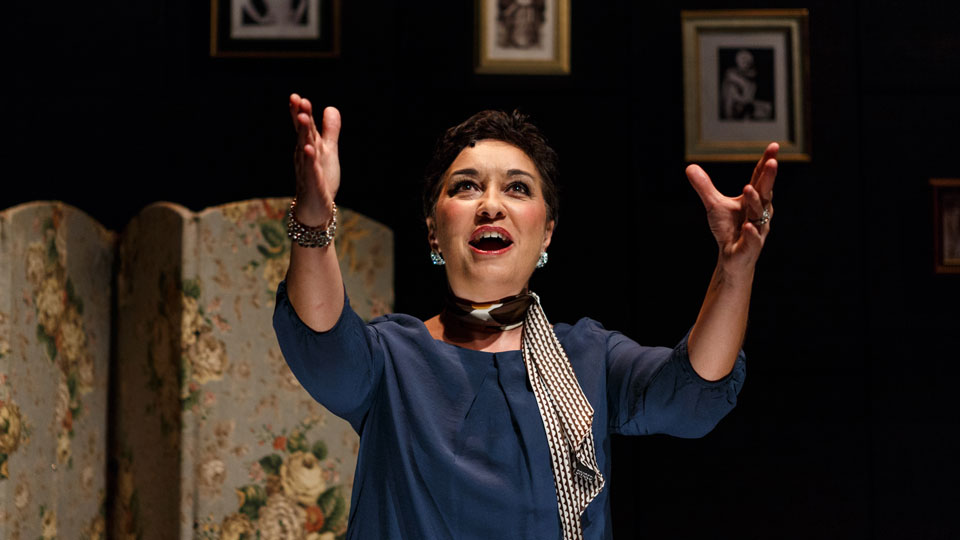 Featuring songs from classic musicals including Hello Dolly!, Mame, and La Cage Aux Folles, Jerry’s Girls brings together an all-female cast to celebrate Jerry Herman’s special gift for writing songs that capture the true spirit of the great American musical, honouring the legacy of the multi Tony Award-winning composer and lyricist of some of the greatest Broadway musicals of all time.

Emma Barton will join the cast, alongside Ria Jones (pictured) and Sarah-Louise Young who both return to the production.

Emma Barton is best-known to television audiences for playing the role of Honey Mitchell for three years in the BBC’s flagship drama EastEnders. Theatre credits include Dolly in One Man Two Guvnors (UK Tour), Roxie Hart in Chicago (Cambridge Theatre), Marty in Grease (Victoria Palace Theatre), Over the Moon (The Old Vic), Anyone Can Whistle (Savoy Theatre) and Annie (West Yorkshire Playhouse). Other television includes You, Me & Them (UKTV), Spooks (BBC1), Doctors (BBC1) and Secret History (Channel 4).

Ria Jones’ many West End credits include Grizabella in Cats, Fantine in Les Miserables, The Narrator in Joseph and the Amazing Technicolour Dreamcoat and Svetlana in Chess. Sarah-Louise Young has guested with Fascinating Aïda and is a member of Showstopper! The Improvised Musical. West End credits include her solo show Julie Madly Deeply at Trafalgar Studios. She has performed her other solo piece, Cabaret Whore at the Adelaide Cabaret Festival, Soho Theatre and Off-Broadway.

Jerry’s Girls is directed by Kate Golledge and choreographed by Matthew Cole. The musical director is Edward Court.

For more details, and to book, see www.jermynstreettheatre.co.uk.