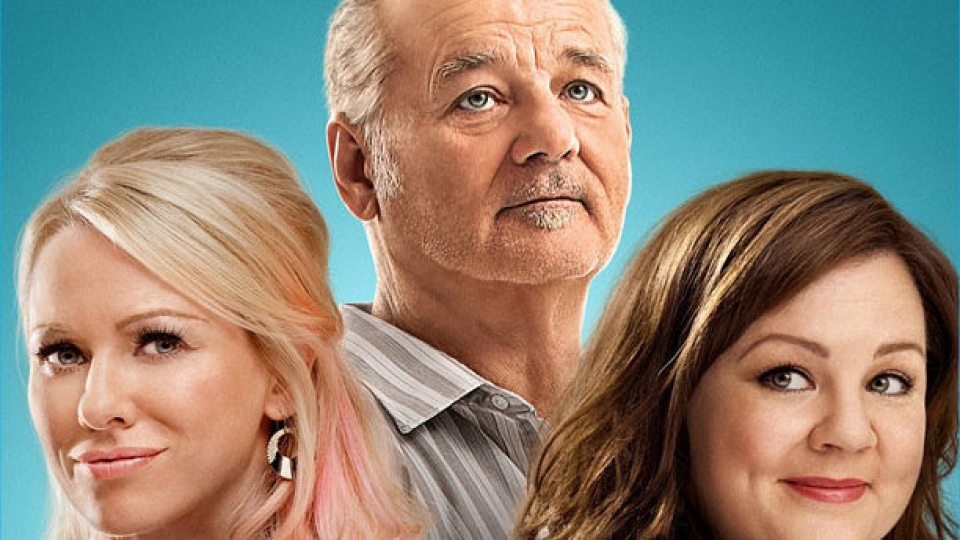 Vincent (Bill Murray) an ex-vet and curmudgeonly old man has to take on responsibility for Oliver (Jaeden Lieberher), the son of his new neighbour Maggie (Melissa McCarthy). She already has enough to deal with at her new job and going through divorce proceedings from Oliver’s father. Unbeknown to Maggie, Vincent is a heavy drinker, likes a smoke or two, and hangs around seedy bars and race-tracks. He probably isn’t the best person to look after Oliver, but could there be more to Vincent than meets the eye?

Rumours are that if you say Bill Murray’s name three times in front of the mirror he will appear at your house for no apparent reason other than he is Bill Murray and he can do what he likes. Of course these are just rumours, but maybe director Theodore Melfi actually did that when deciding on whom to play the lead in his movie. Either way having Murray play such a misanthropic person is right on the money in this movie.

His Vincent is the type of person you love to hate, but also have a soft spot for because he just doesn’t hold back. This petulant nature makes for some real laugh out loud moments that are both truthful yet also rather too close to the bone. But this isn’t a full blown comedy – yes there are comedic moments but this is more a drama masquerading as a comedy.

Whilst Murray takes all the plaudits for the lead role, there is excellent support from Melissa McCarthy who is finally given a role than equates to more than just ‘large person falls over a lot’. Here she breathes life into a role that a lot of people will see true life in. You feel her hardship and the struggles she is having to go through just to survive. There is also a fun, but too brief, cameo from Chris O’Dowd as the rather lapse religious Brother Geraghty.

St Vincent is also story of hope and redemption. If someone so stuck in their ways such as Vincent can change even slightly then there is hope for us all. The plot and structure of St Vincent is pretty basic. It’s very obvious how it’s all going to play out, so expecting something new isn’t on the cards. But it doesn’t have to be as the film makes great use of what it establishes with the characters.

This is one delightful and sweet film that initially plays it for laughs but soon turns to a realistic look at the problems faced in everyday life for different people. Come for the Murray laughs but stay for the emotional impact that this feel good movie offers.

In this article:Bill Murray, St. Vincent