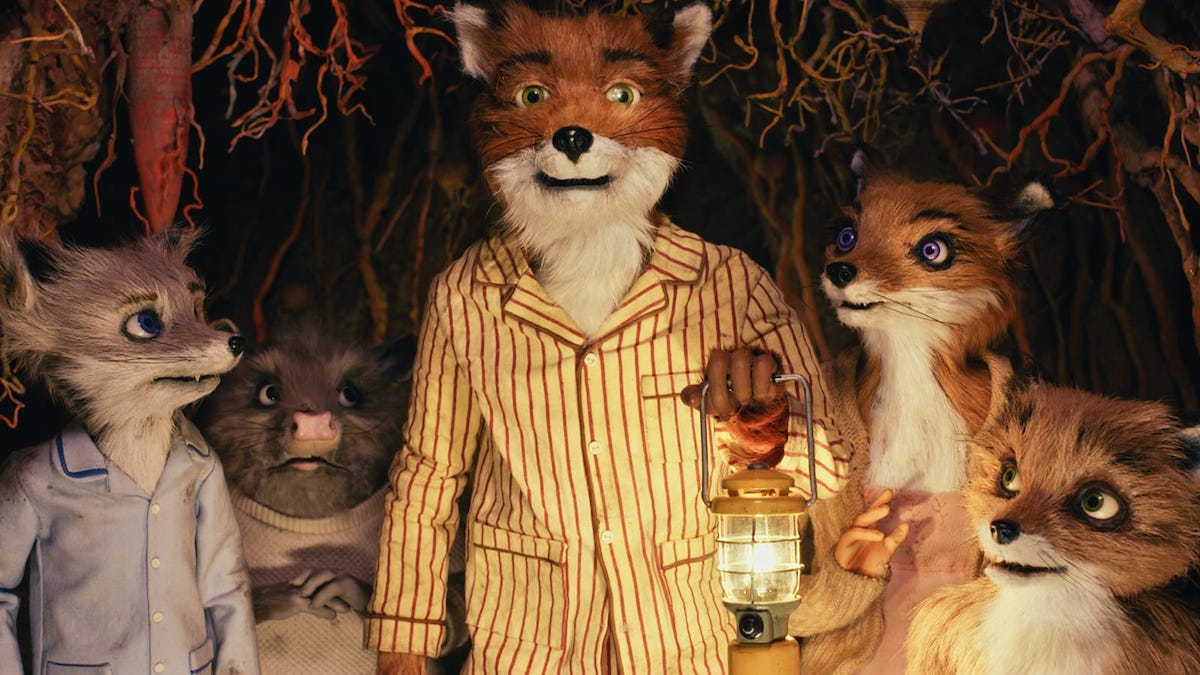 Only Wes Anderson would look at a charming little children’s book about a clever fox outwitting farmers to steal food, and think, “you know what this is missing…a big slice of existential ennui. Oh, and the fox should be having a mid-life crisis.” It shouldn’t work, but the combination of Dahl’s spirit, Anderson’s wry voice, and the exquisite stop-motion artistry on display, make ‘Fantastic Mr. Fox’ an absolute delight.

Featuring an all-star voice cast, including George Clooney as Mr. Fox, Meryl Streep as Mrs. Fox, and Wes Anderson regulars, Jason Schwartzman, Bill Murray, Willem Dafoe, Michael Gambon, and Owen Wilson, ‘Fantastic Mr. Fox’ has been given a stellar release by Criterion. For those keeping count, that is now eight of Anderson’s ten films currently in the collection, and one of those (The French Dispatch) has only just come out at the cinema. Surely it is only a matter of time before ‘Isle of Dogs’, his only other foray into animation is added to the label.

Anyway, back to the fox. Those familiar with the book will know that it involves Mr. Fox coming up with a cunning plan to steal food from under the noses of three cruel farmers, Boggis, Bunce, and Bean. It’s only really a short story, so Anderson places this plot in the middle of his film, and then fleshes it out into feature length with his own additions to the tale.

In this version, Mr. Fox was a wild and dapper raider of farms, who lived for adventure and danger. Then when he found out his wife was having a cub, he traded in his wild ways for a humdrum and respectable life. The years go by, and he wants a bigger house for his family, he wants to provide better things for them, but to do this, he is going to have to go back to his old ways, which incurs the wrath of the three farmers, and subsequently puts the lives of every woodland creature living near the farms at risk.

Anderson’s script, co-written with Noah Baumbach (Marriage Story, The Squid and the Whale) is hilarious and insightful, and the voice performances are sensational. Jason Schwartzman in particular as the son with an inferiority complex, and his rivalry subplot with his perfect cousin Kristofferson (Eric Anderson) is a real highlight.

The re-framing of this beloved story was a risky move. Bolstering it with grown up thematic concerns was even riskier. But even though this is undoubtedly a Wes Anderson joint, the balance is perfect and it remains an absolutely delightful kids film. Bursting with imagination and clever visual details, some terrific needle drops, and a fabulous score from Alexandre Desplat, it’s an irresistible piece of work. Put your bandit hat on and make a master plan to watch this stunning edition of ‘Fantastic Mr Fox.’

Much like with ‘The Grand Budapest Hotel’ this is another beautiful deluxe release from Criterion, packed with extra features. First up is an audio commentary with Wes Anderson from 2013. You can also watch the film with a short, animated introduction from Petey, the farmhand character voiced by Jarvis Cocker.

You can also watch the animatic version of the film, which is the audio and soundtrack over the animated storyboards. The centrepiece of the bonus content is a seven-part programme going behind the scenes of the making of the film. This collection of featurettes focuses on the voice recording, puppet tests, the art department, the work they did in the studio, the use of time lapse photography, the music, and the miniatures. The voice recording footage is a lot of fun, mixing traditional studio work with more lo-fi activity captured on a farm, with Clooney running around with a sound recordist.

Next up on the disc is an audio recording of Roald Dahl reading the book. This is followed by some short, animated award speeches and press statements which are quite cute. There’s also a terrific selection of still photography from the set. As with the release for ‘The Darjeeling Limited’ which included an Amex ad directed by Anderson, this disc comes with his ad for the 2021 Sony Xperia.

There are more traditional press kit featurettes, looking at the making of the film, with interviews with all the main cast and crew, as well as members of the Dahl family. Up next is a discussion and analysis of the film, which is a fun little feature as it uses the typical Criterion format of a film scholar talking about the film, but as this is a kids film (sort of) it has two kids talking about it instead.

The disc rounds off with some features more focused on Roald Dahl. First up is ‘Fantastic Mr. Dahl’, an hour-long BBC documentary from the Imagine series, all about the legendary children’s author. Witch’s Tree is a short clip of Dahl talking about an old tree on his land from where he told the original Fantastic Mr. Fox story to his children. Finally, there is a gallery of pages from the manuscript of the book, including his original sketches.