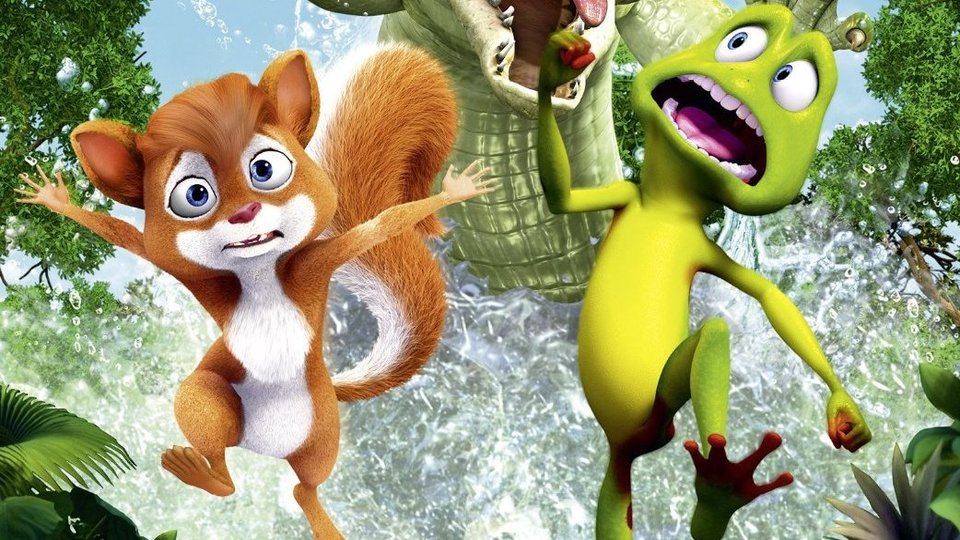 Ribbit (Sean Astin) is a frog with an identity crisis. He doesn’t like hopping or going in the water. Embarking on a soul searching journey with his best friend Sandy (Cherami Leigh), a flying squirrel, where he hopes to find his rightful place in the world. Along the way Ribbit is hypnotised into believing he is a human trapped inside of a frog’s body, his new mission: to kiss a human princess. Can this frog discover true love and also the meaning of his existence?

Nowadays with the advent of cheaper and more sophisticated technology, making an animated feature isn’t too hard. The problem lies in the storyline and how it can appeal to kids of a certain age. Ribbit aims for the generation that are watching SpongeBob and Peppa Pig and the like. Its story is basic, but offers some interesting dialogue about being comfortable in one’s skin and also friendship. However, this is far too deep in the storyline for youngsters to truly understand what is going on throughout the film. Instead it’s very much ‘look at the bright colours, look at the silly antics’ these animals get up to.

That is all that Ribbit has to offer, and even then it’s very basic and considerably behind the times. Most of the time we have to listen to Ribbit moaning that he doesn’t understand life and why must he be the outsider? It’s one of the most depressing openings for a kid’s film; there really is no light-heartedness about it. It doesn’t engage anybody viewing it as it’s all very down in the dumps. There is no fun, and there is only a touch more fun as the film rolls along.

The accents of the animals are all over the place, it’s difficult to pin down where most of them should be from. Which leads into the next problem – why are all these different animals from all areas of the globe currently living together in South America? Nature does not and would not work like that. A story has to be believable and Ribbit seems to have missed Mother Nature’s selection process.

Another problem is it all looks and feels about ten years out of date. Kids are smart and they will instantly be bored of this movie as it is nowhere near the great quality of films and TV shows they are already watching. The graphics are especially poor. Large chunks of animation are blocky and very stilted in movement. There is a wonder about what the creators thought this type of animation would achieve in the new modern CG world. It’s a painful watch and very distracting as you can’t help but balk at such woeful graphics.

Ribbit is an animated film that is so far out of date it offers nothing for the kids of today. A story of friendship and one’s worth is lowly played in favour of bright colours and some unfunny jokes. And if the storyline doesn’t annoy you then the bad CG will.

In this article:Ribbit, Sean Astin