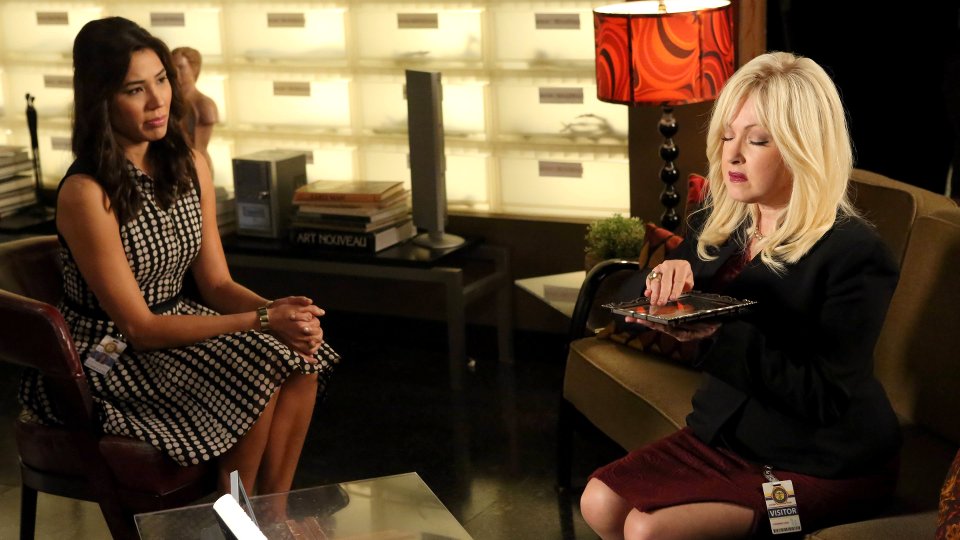 Bones celebrated its 200th episode with its latest episode as Brennan (Emily Deschanel) and co starred in a 1950s Hitchock-like caper.

Set in Hollywood the episode saw Booth (David Boreanaz) playing a master jewel thief who was framed for murder whilst Brennan was a detective trying to prove his innocence. All of the usual supporting characters, along with all of the squints, made appearances and Cam (Tamara Taylor) was revealed to be the cunning murderer.

The next episode of the season is The Psychic in the Soup. Avalon Harmonia (Cyndi Lauper) lends her expertise when the remains of a psychic are found rotting in the trunk of a tree.