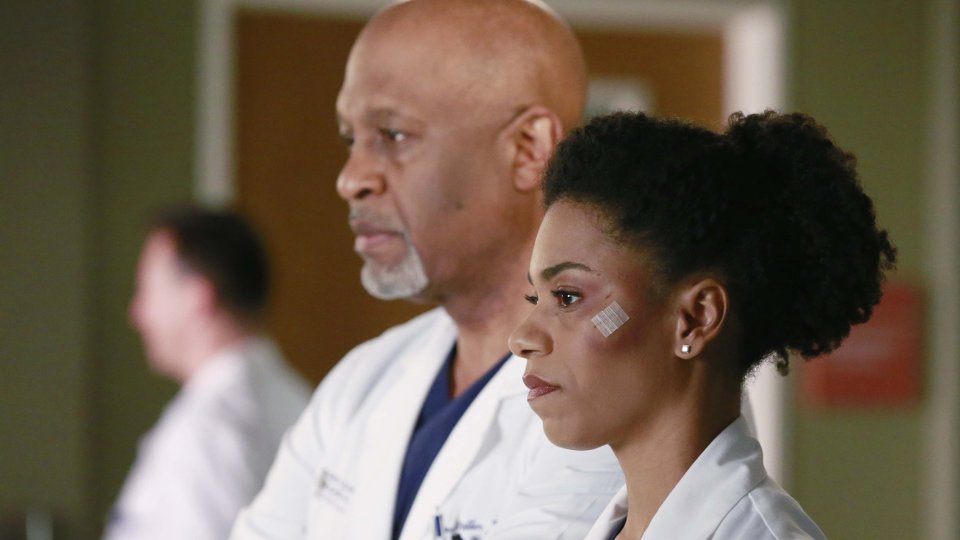 An earthquake shook Seattle in the latest episode of Grey’s Anatomy but it was the aftershocks that left Meredith (Ellen Pompeo) surprised.

Following the continuation of her lucky streak, Meredith tried to call Derek (Patrick Dempsey) and was shocked when a woman answered his phone and then promptly hung up. Is Derek cheating on her or is there a simple explanation?

Elsewhere in the episode Owen (Kevin McKidd), Amelia (Caterina Scorsone) and Richard (James Pickens Jr) helped a young girl keep her mother alive over the phone, Callie (Sara Ramirez) and Maggie (Kelly McCreary) treated an elderly woman with an insatiable sexual appetite, and Ben (Jason George) started to deal with the gender change of his brother thanks to some wise words from Jackson (Jesse Williams).

The next episode of the season is Don’t Dream It’s Over. A patient with Alzheimer’s disease brings back difficult memories for Richard. April and Jackson struggle to return to normal life.