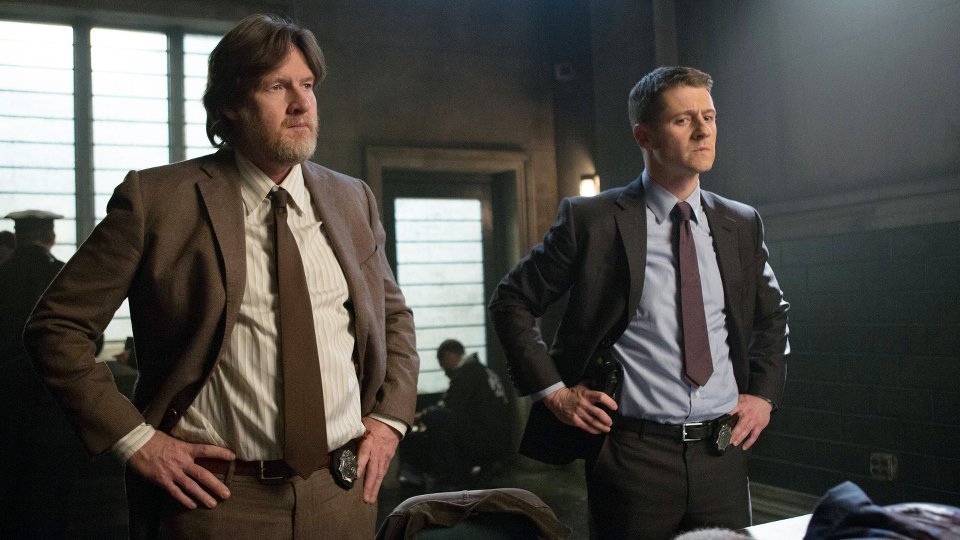 In the first episode of the double bill, Jim investigated a series of attacks on prisoners with the help of Dr. Leslie Thompkins (Morena Baccarin). They discovered that the person attacking prisoners was Jack Gruber (Christopher Heyerdahl), who then escapes from Arkham with his associate Aaron Danzing (Kevin McCormick) who escaped from the asylum. Jim was reinstated as a police officer for the duration of the case as he promised to arrest Gruber.

Elsewhere in the episode Liza (Makenzie Leigh) was murdered by Falcone (John Doman) when he learned of her betrayal and Jim was reinstated back into his old job after stopping Gruber.

The next episode of the season is Welcome Back, Jim Gordon. Jim battles corruption when a witness to a gangland murder is himself murdered, right inside the police station.

Tune in to Channel 5 tonight at 9pm to see the episode. Preview it with a clip and our gallery below: