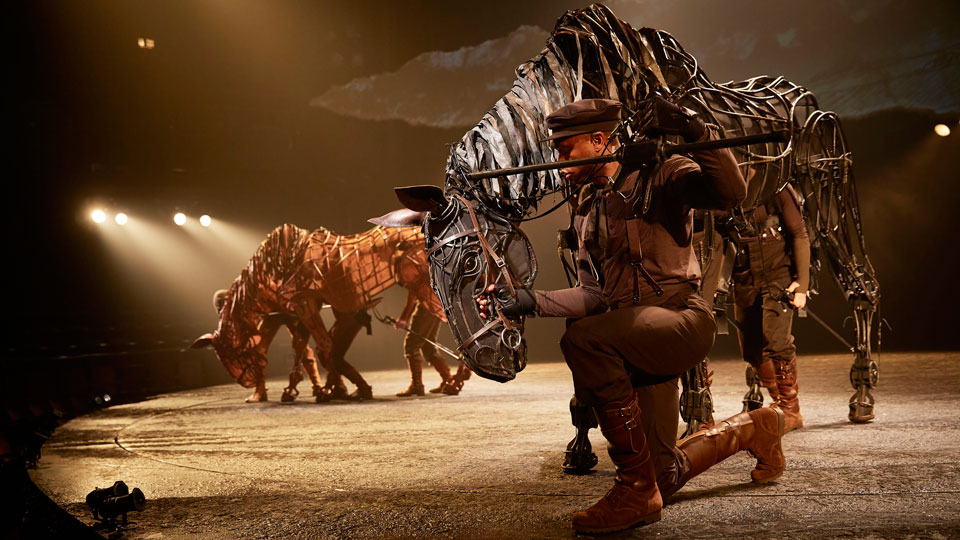 At the New London Theatre, the proud home of Michael Morpurgo’s much celebrated War Horse, the National Theatre’s acclaimed stage production recently extended bookings for the West End production to 13th February 2016. In its eighth year, and having now been seen by over 6 million worldwide, a new cast of 26 actors and 12 puppeteers joined the company this month led by the show’s equine star Joey.

War Horse is directed by Marianne Elliott and Tom Morris, adapted for stage by Nick Stafford, designed by Rae Smith, with puppet direction, design and fabrication by Basil Jones and Adrian Kohler for Handspring Puppet Company, lighting by Paule Constable, and movement and horse choreography by Toby Sedgwick, with video design by Leo Warner and Mark Grimmer, songmaker John Tams, music by Adrian Sutton and sound by Christopher Shutt. War Horse received its world premiere at the National Theatre in October 2007.

Advertisement. Scroll to continue reading.
In this article:War Horse