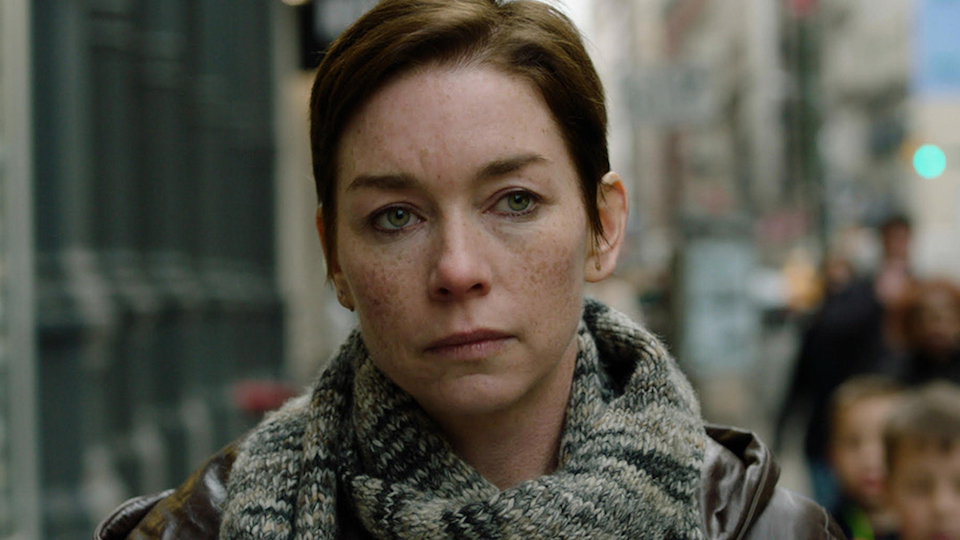 Julianne Nicholson delivers a powerhouse central performance in this excellent indie drama from writer/director Matthew Newton. Nicholson plays Beth, an ex-con recently released from prison, and now in the process of trying to pull her life back together. The main focus of which is her desperate desire to regain custody of her son.

We then meet Jess, a young lawyer working for a pro bono firm of public defenders. Convincingly played by a brilliant Emma Roberts, Jess is a passionate advocate for providing a voice for the people in society that the judicial system in America summarily chews up and spits out. This has put her at odds with her family.

We know straight away that the paths of Jess and Beth will inevitably intersect, but the director keeps them apart for quite a while, so it feels like two separate films during the first act. This is heightened by the choice to just drop us into the middle of their lives without any of the usual cinematic language of character introduction being deployed. It puts trust in the audience to connect the dots themselves.

By keeping them apart it allows us to spend more time getting to know them and the chaotic rhythm of their lives, before they finally cross paths and get to know each other. Beth is caught up in a bitter legal feud with her sister, over the custody of her son. Her sister Gabby (Jess Weixler) became the boy’s legal guardian when Beth went to prison, and she has doubts about entering into a shared custody scenario. All the things that Beth knows she needs to do in order to gain traction with the courts – such as get a full-time job and an apartment suitable for a child – are hampered by her criminal past. The game is rigged against her from the start.

Jess meanwhile is trying to secure the release of a vulnerable teenage girl into a rehabilitation and education programme. The demands of the job cause real friction with her well-to-do family, who feel that she is wasting her Columbia law degree on “the downtrodden.” When Jess’s path finally intersects with Beth, lives, careers, relationships, and futures are on the line.

As well as examining the complexity of family dynamics – specifically sisters and mothers and daughters – the film also asks probing questions about the justice system in America, and the people it allows to slip through the cracks. Newton’s script is deeply critical of an establishment that effectively locks people into a cycle of re-offending and desperation, because they don’t fit the picture of what good people look like.

Newton shoots the film in a close-up verité style, which enables a real naturalism to the drama. Nothing feels forced or affected, which is in no small part thanks to the incredible performances of Nicholson and Roberts. Ably supported by a strong cast, including Jimmy Smits, Lea Thompson, Jason Biggs (in a cameo role where he contends for Screen Bastard of the Year), and Zachary Quinto, who impresses as a hulking, softly spoken army veteran.