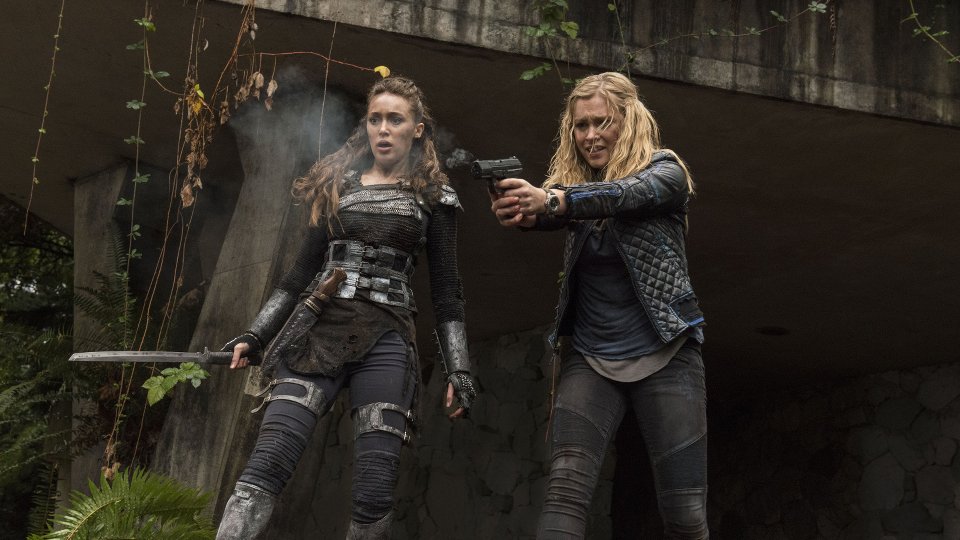 The latest episode of The 100 saw Clarke (Eliza Taylor) dealing with the fall out from her decision to kill Finn (Thomas McDonell) to foster peace with the Grounders.

Most of her friends understood why she made the decision she did but Raven (Lindsey Morgan) wasn’t quite to forgiving. Clarke’s actions did pave the way for peace with Lexa (Alycia Debnam-Carey) and the Grounders but that was short-lived when someone tried to poison Lexa. Raven was the prime suspect but Clarke managed to prove that it was one of the Grounders who who did it to try and stop the new truce.

Elsewhere in the episode the Mount Weather contingent started to plot their escape and Clarke agreed with Bellamy (Bob Morley) that it was time for them to infiltrate Mount Weather and save their friends.

The next episode of the season is Survival of the Fittest. Clarke and Lexa encounter a new enemy, while Bellamy and Lincoln (Ricky Whittle) agree to work together to break into Mount Weather.