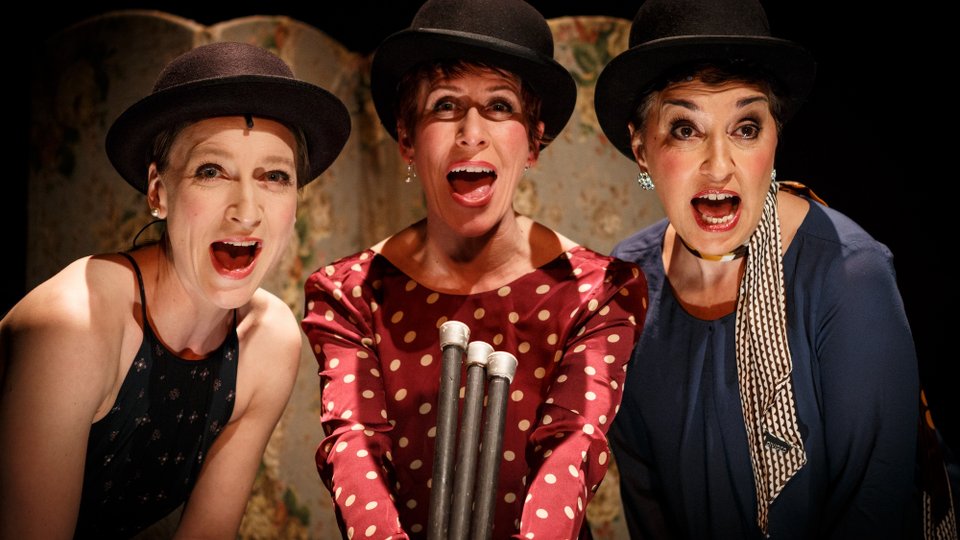 Jerry Herman is one of musical theatre’s most successful and beloved maestros. Jerry’s Girls celebrates some of the composer’s biggest hits including Hello Dolly, Mack and Mabel and La Cage Aux Folles and offers a thrilling night of cabaret with a fistful of star turns.

Originally performed 30 years ago in New York, Jerry’s Girls is an unashamed love song to Herman and his many wonderful songs and characters he created over the years, previously played by the likes of Barbara Streisand and Angela Lansbury. The strength of the show relies on the performances, and these ladies deliver! Anna-Jane Casey and Ria Jones bring real gravitas to the production with pitch perfect, sensational performances.

Casey high-kicks across the stage in revelry, she looks like she’s having the time of her life and sells each song with the wit, character and emotion they deserve. Her voice is on magnificent form and her firecracker energy sets the stage alight. Casey’s performance of Nelson from A Day In Hollywood hits all the right notes with perfect comic timing and a flawless vocal.

Casey is well-matched by Jones who brings old school glamour to the stage and her performance of the legendary I am What I am is the night’s crowning glory. Jones delivers the number with such conviction that it’s impossible not to be swept up with the emotion and sentiment of the song.

Completing the trio is Sarah Louise-Young who may not have the vocal chops of her co-stars but her characterisation is a joy. Take It All Off, written especially for the revue, is performed perfectly out of tune (not an easy feat for a classically trained singer) and her interaction with the audience brings a personal touch to the show.

The three women are perfectly cast and complement each other like a dream, with harmonies and humour in spades.

Pianist Edward Court and Sophie Byrne on reeds are a talented accompaniment to the leading ladies and even show off their vocals and tap-dancing skills when required.

This is a joyous, vital and tightly choreographed production, which, while certainly catering to a particular fan of musical theatre, is a must-see for those who love Herman – and even those who don’t.