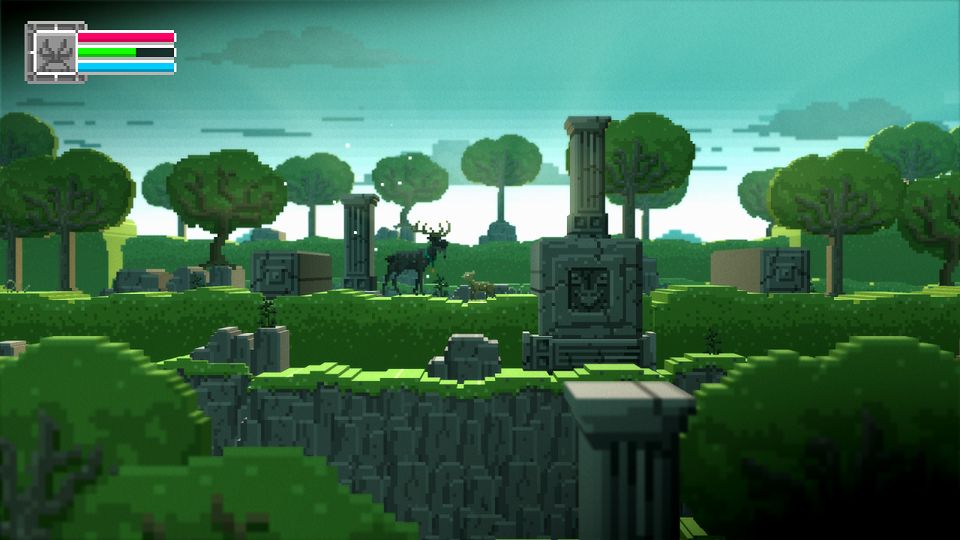 Following a successful Kickstarter, Steam Greenlight campaign and Early Access iterations, The Deer God has officially launched on PC, Mac and Linux. The game is developed by Crescent Moon Games and Cinopt Studios with console versions for Xbox One and Wii U planned for later this year.

The Deer God is a karmic journey through a beautiful but hostile world. For your sins against deerkind, you have been reincarnated as a tender fawn. While your new path is fraught with danger, it also provides an opportunity to redeem yourself.

Prance, bound and frolic your way through a procedurally generated 2.5D world with dynamic lighting, distinct biomes and a day/night cycle. Mate with fellow deer and amass an affectionate following that will help you overcome the predators and puzzles ahead. Just remember that the Deer God is always watching, and your actions count in this game.

[quote by=”Josh Presseisen, the founder and creative director of Crescent Moon Studios”]It’ll be great to see the game out after how far we’ve come – since the moment when I tried the art style – extruding pieces of pixel art in 3D, I could tell that it was something unique and special. It’s incredibly exciting to see it transformed from a quick idea in my head into reality.

The Deer God is available at a 15% discount for the duration of launch week and will cost £9.99 thereafter. EF will be bringing you a full review of the game early next month.