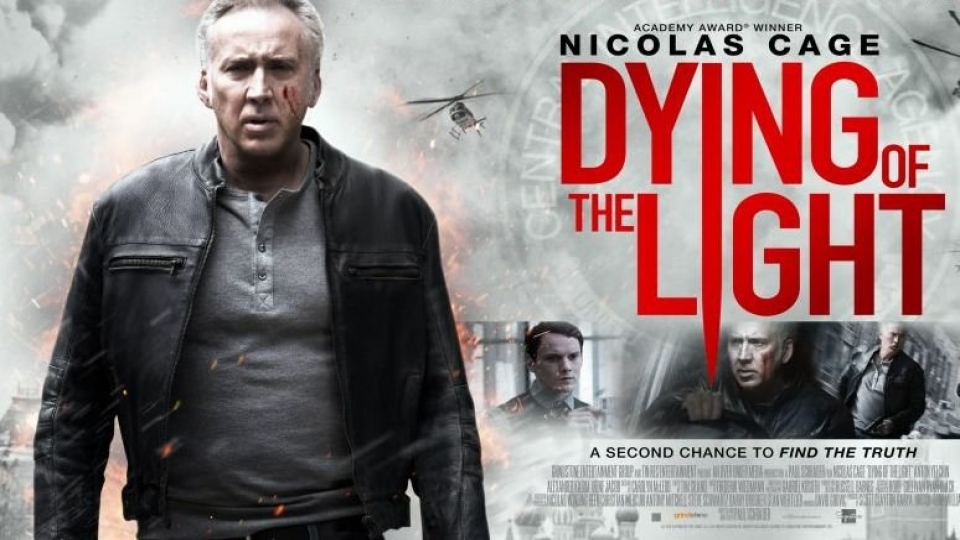 Directed by the legendary Paul Schrader and executive produced by cinematic wonder Nicolas Winding Refn, Dying of the Light, the first essential thriller of 2015, explodes onto Blu-ray and DVD on March 2nd, 2015 courtesy of Signature Entertainment.

Evan Lake (Nicolas Cage – On Frozen Ground, Face/Off) is a desk-bound Langley CIA agent, forced into retirement by signs of early onset dementia. At the same time he discovers that his former nemesis, Jihadist Muhhamed Banir (Alexander Karim – Zero Dark Thirty, TV’s Tyrant), is not dead as has been assumed for the last two decades, but is alive and receiving experimental medical treatment.

Banir’s exact location is unknown but with the help of a disgraced young agent (Anton Yelchin – Odd Thomas, Star Trek), Evan sets out to track down and confront him before it is too late for both of them. A supremely classy cast is rounded out by French cinema icon Irene Jacob (Othello, The Inner Life Of Martin Frost).

Beating Homeland at its own game and taking a remarkably prescient and refreshingly original look at the cat and mouse thriller, Dying of the Light sees Cage deliver a blistering, unforgettable performance as a man driven to obsession by his past and by what his own future holds.

Advertisement. Scroll to continue reading.
In this article:Competition, Dying of the Light, Nicolas Cage