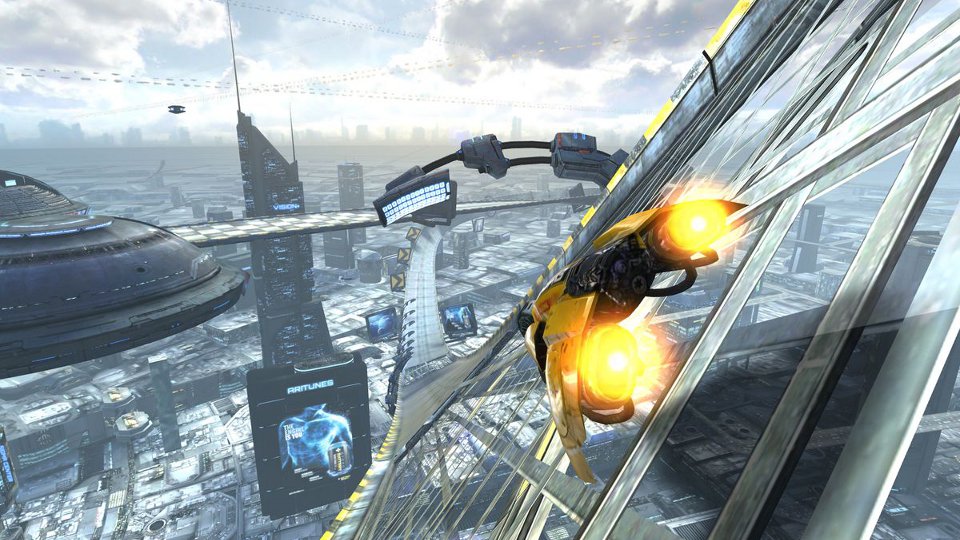 AG Drive takes you on the ride of your life as you drive at the speed of light, racing against opponents on tracks that dive over and under an Earth city of the future. The visuals of the world of AG Drive were made possible by the cutting-edge technology provided by ZORG’s own 3D engine, rendering 15 million polygons every second at silky-smooth 60fps even on older iOS devices.

Everything about the project is special – from how Petsku Zorg (24 years of game industry experience) sold his entire Transformers collection from the ‘80s to initially fund ZORG Entertainment, to its amazing soundtrack produced by the award-winning composer Ari Pulkkinen of AriTunes (Resogun, Angry Birds, Super Stardust, Outland, Trine 1 & 2, Dead Nation, etc.) with many other artists.

[quote by=”Petsku Zorg, Creative Director and Co-Founder of ZORG Entertainment”]I first envisioned the world of the future 17 years ago and met programmer Timo Saarinen, who shared my love for F-Zero and the Wipeout games. We began to dream of a racing game so bold, so huge and epic in scope, that we’d need cutting edge technology and a spectacular effort to pull it off.

Sometimes, it felt like a dream. But other times, not. There were a lot of seriously tough times and hardships due to lack of funding, resulting in a number of setbacks, etc. In the end, when all is said and done, it was definitely worth it[/quote]

AG Drive is available to download from the App Store at a cost of £2.99.