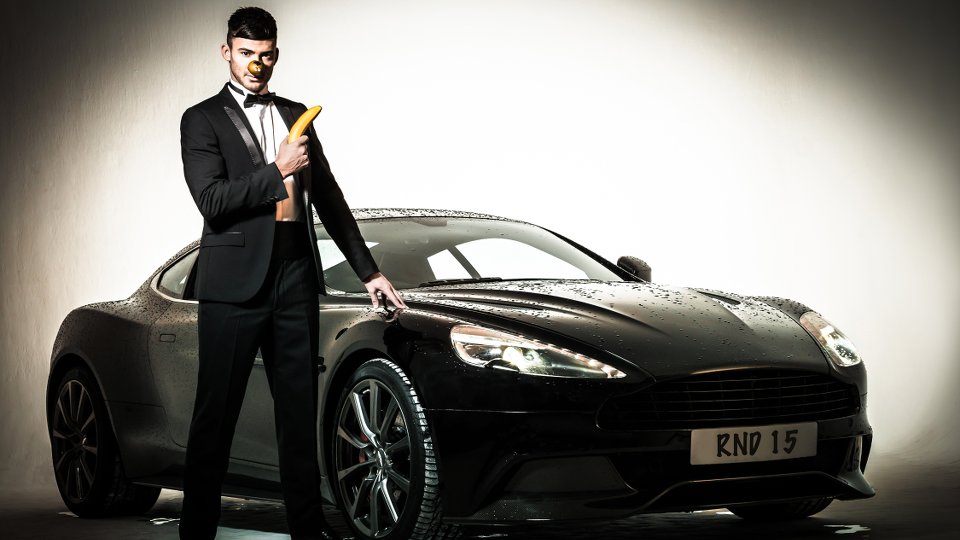 Jake Quickenden, best-known for his appearances on The X Factor and I’m a Celebrity, became James Bond for a day to launch Sainsbury’s 12 Golden Noses for Red Nose Day.

Golden Noses have been hidden in Red Nose Day surprise bags exclusively at Sainsburys. For the launch Jake put on one of the Golden Noses and posed with a classic car looking sharp in his suit.

Any shopper that finds a Golden Nose and claims it before March 11th 2015 will be offered a VIP London experience.

Jake commented, “It was fun getting into character as the nation’s most famous spy – who doesn’t want to step into James Bond’s famous shoes for the day, especially when it’s for a great cause like Red Nose Day? I was lucky enough to be the first in the UK to show off the limited edition Golden Noses that are available this year. What’s more, if you find one, you’ll win an amazing prize, as well as raise money for a worthy campaign.”

A Sainsbury’s spokesperson commented: “We’re really happy that Jake took part in our Red Nose Day campaign this year to help us raise awareness of the nine limited edition Golden Noses hiding away in our Red Nose surprise bags that shoppers can pick up in-store or online.

“We’ve been a supporter of Comic Relief since 1999 and in 2013 we raised a huge £11.5m; but we’re hoping that this time we can make an even bigger difference to those in need, both here in the UK and across Africa.”

With 60p from each £1 nose going to help transform the lives of some of the poorest and most disadvantaged people here in the UK and across Africa, Sainsbury’s is encouraging everyone to show their support for Comic Relief by picking up one of the official Red Noses or Red Nose Day merchandise at their nearest store or online.

One Red Nose Day and a Wedding: watch the star-studded first teaser video