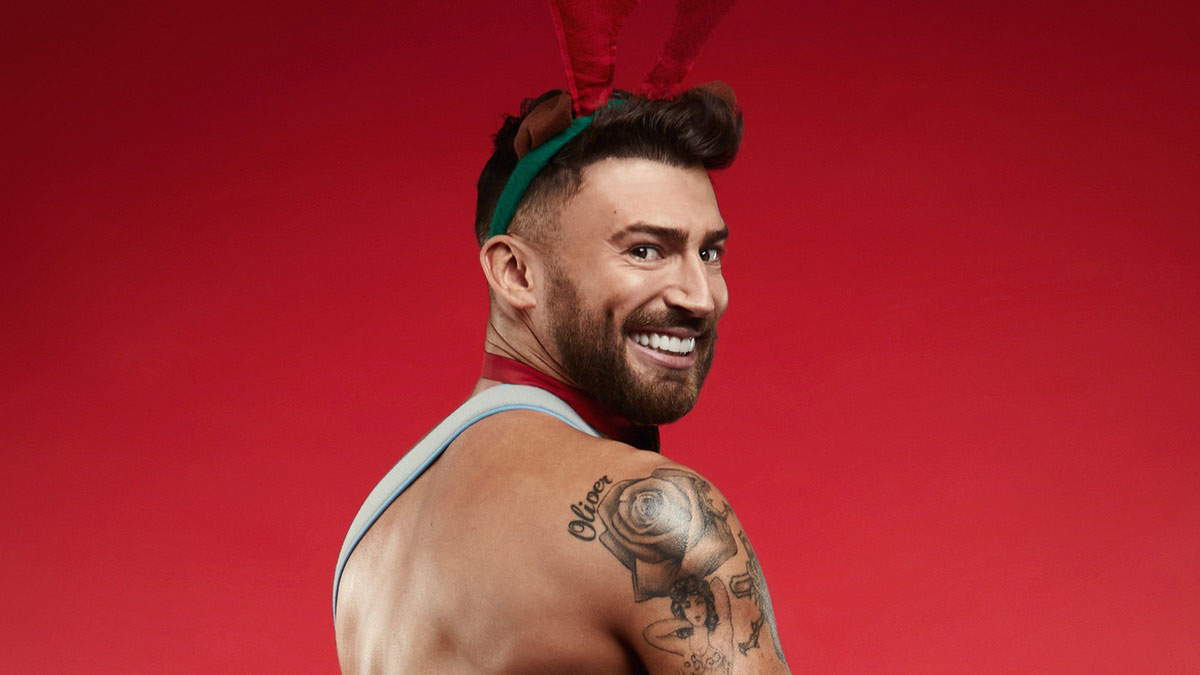 The first episode of ‘The Real Full Monty On Ice’ airs tonight on ITV and we’ve got a first-look clip for you.

In the first-look clip, the women watch as the men show off the routine they’ve been working on. As the clothes start to come off, Jake (who has one arm in a sling following surgery) struggles to keep his trousers up and reveals his sparkly silver underwear much earlier than he planned!

‘The Real Full Monty On Ice’ is to raise awareness of cancers in intimate areas of the body and the crucial importance of early self-checks to help save lives. The Emmy award-winning and BAFTA-nominated programme is now in its fourth year and the celebrities have tough acts to follow.

But with less health checks taking place during lockdown for crucial early diagnosis, the message has never been more important.

Ashley has asked some of the former ‘Dancing on Ice’ professional skaters to perform with the celebrities and DOI’s Dan Whiston will be creating some amazing ice dance routines to get everyone into the Christmas spirit.

The Real Full Monty on Ice airs tonight at 9pm on ITV.

In this article:ITV, Jake Quickenden, The Real Full Monty On Ice