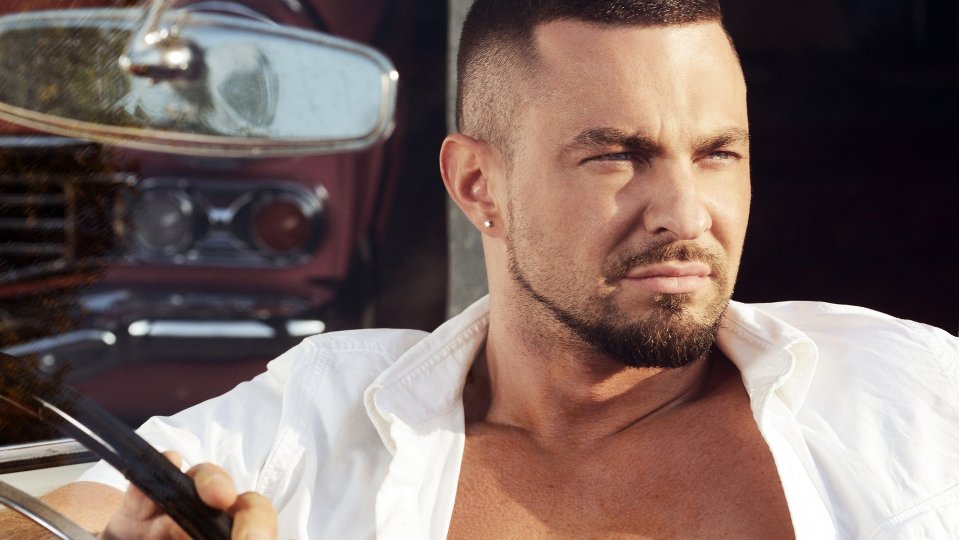 Robin Windsor may have had to sit out of the 2014 series of Strictly Come Dancing but he’s back in the ballroom this year for the first ever The People’s Strictly for Comic Relief.

The Strictly pro is taking part in the new series where six members of the public will be dancing in the Strictly Ballroom for the first time. The four-part series is all for a good cause and is going to be must-see TV.

With only days until the show starts, we caught up with Robin to find out all about The People’s Strictly, talk about his partner Anna Kennedy OBE, and to find out what his plans for 2015 are.

You’re making a return to Strictly Come Dancing next week for The People’s Strictly for Comic Relief. What’s the show all about?

I’m absolutely thrilled to be part of the first People’s Strictly. It’s all in aid of Comic Relief and it’s been a chance for six very lucky contestants, that have been picked from nominations of over 11,000 who do incredible things for charity, to take part in Strictly as if they were one of the celebrities. They get the opportunity to have the makeover, the dress, learn the dance and spend time with us the professional dancers. I’ve seen a few snippets of it and if you don’t feel emotional when you’re watching this there’s something wrong with you.

The People’s Strictly is a four part series and the first two episodes you get to meet the contestants, find out what they do for their charities and see them meet their professional partners. The third episode you get to see them all in training then on March 13th it’s the final of the competition.

You’ve been partnered with Anna Kennedy OBE. Tell us all about her…

Anna is quite something I have to say. She has two autistic children and she couldn’t get them into a school. She tried many, many local schools but she home-schooled them in her garage. She then went on to find a building that she renovated and raised about £700,000 for, and turned it into the biggest autistic school in the country. She’s now an OBE. She works tirelessly for her cause and she only sleeps about 3 hours per night but she always comes in to me fresh-faced, with lots of energy and raring to go. I don’t know how she does it.

Tell us about your first meeting with Anna. What were your first impressions?

When I first met Anna we clicked straight away. I arrived covered in feather boas so she knew that I was going to be a lot of fun to begin with. We just got on. She was really impressed that I’d done a lot of research on her background and that I knew all about her and what she did. From the very beginning we’ve just got on like a house on fire and we’re producing a really great dance that I’m happy with.

What is Anna’s dance ability like? Does she have natural rhythm?

Anna has a background in tap dancing but from a very long time ago so she has that natural rhythm. We’re dancing the Charleston. I’ve done some fast dances on Strictly before but this is by far the fastest.

What has Anna been like in rehearsals? Is she picking up the routine pretty quickly?

Anna gets very stressed out if she isn’t able to pick things up really quickly. She likes to get everything first time but like anything it’s persistence that gets you your goals.

The People’s Strictly is in aid of Comic Relief. In what ways will the show raise awareness and money for the charity?

After the main event on March 13th there will be 24 hours to vote and the money will be going to Comic Relief. It’s also raising awareness of the charities that our six contestants support and they all do such an incredible job.

You had to sit out of the 2014 series of Strictly due to your back injury. What’s it like for you to be back on the show?

Being back on Strictly and dancing is the best thing that could have ever happened to me. I’m sad when I can’t dance and I’m sad when I’m not on Strictly. Dancing makes me happy, even when times are tough there’s nothing better than being able to put on my dance shows and everything disappears. Being back dancing on Strictly is a dream come true because there was one point where I never thought I would recover from my injury. The fact that I’m back and doing what I love best makes me very happy.

You’ve just announced the details of two Ballroom for Beginners events that you’ll be holding in the next couple of months. Tell us more about those…

We’ve seen you dancing with Kristina again recently. What else is coming up for you this year?

I got to perform my first dance with Kristina Rihanoff in months at Move It, the dance expo, last weekend and it was absolutely joyful. Dancing really does bring the best out of you. We’ve got lots coming up this year including a theatre tour of the UK with Putting On The Ritz. We’re doing some selected venues across the country with Pixie Lott and Trent Whiddon.

The People’s Strictly kicks off on Wednesday 25th February 2015 at 9pm on BBC One. Watch the trailer for the show below: